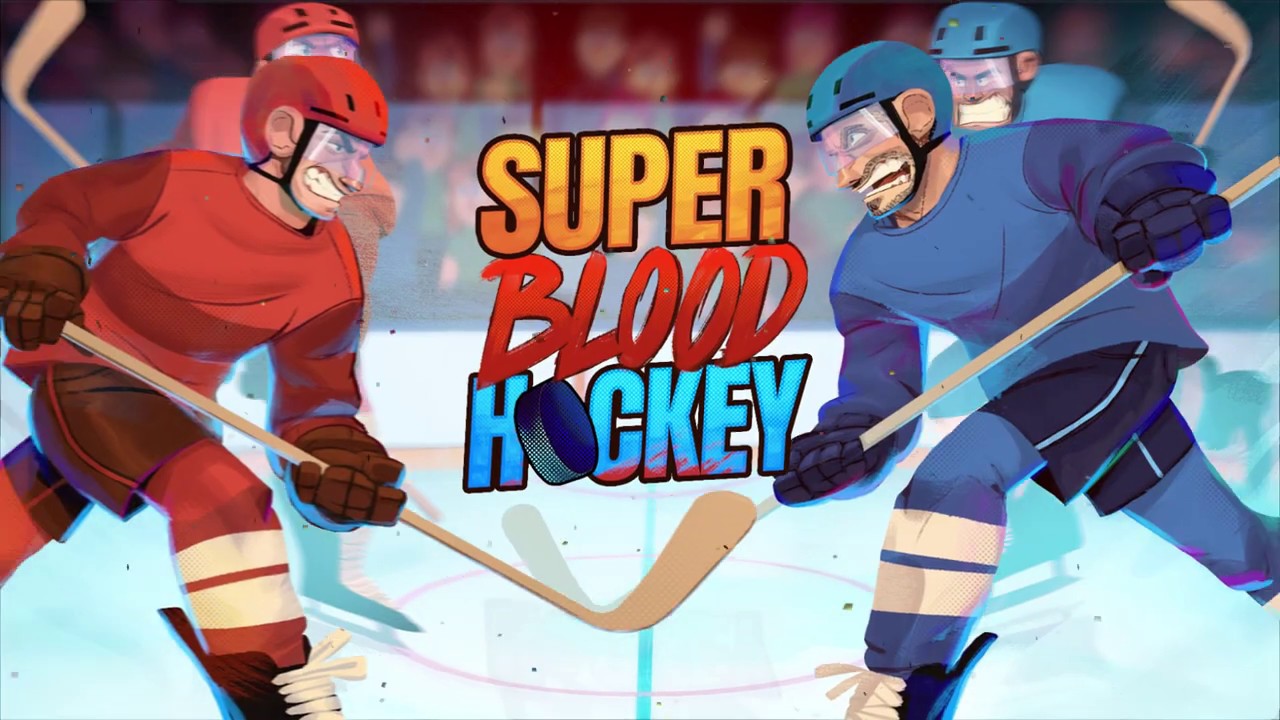 
I had a golden age of when I played Ice Hockey games. It was round about the late PSX to early PS2 days, when it felt easy to use and nice to look at. Then the skill sticks came into play and it just lost me. I was safe in the knowledge that I was getting too old to keep up with it all, or at least that was my opinion.

Now that I’m EVEN OLDER, Super Blood Hockey comes along and makes me feel like I’m back in the old, nostalgic days of pixel hockey. Now, as some of you will know, I’m a fan of this kind of thing, but coming back to something like this after so long... Do I still feel the same happiness?

When you start with Super Blood Hockey you do get a great surge of old school gaming come at you like a train. The pixel art style is brilliant, with everything clean and crisp. It is quick, smooth and lovely to use, but it comes at a cost.

That cost, ladies and gents, is that it gets repetitive really REALLY quickly. You can get a bot of fun for the first few hours, but after that the limitations of the game as a whole begin to show their face. There’s a lack of online multiplayer for a start, which in today’s day and age is a bit of a joke. If you can find enough people to come round to your house to play it then fair enough, as long as they are heading over regularly. It is definitely not one you can sit and get loads of fun out of if you’re buying it solely for yourself to play.

There are some other game modes to try and pad it out, as well as a franchise mode that does almost edge towards the side of the macabre, but it just doesn’t do enough to warrant getting a love affair with it. I think it is made worse in the fact that there isn’t much else to choose from in the hockey department, game wise. 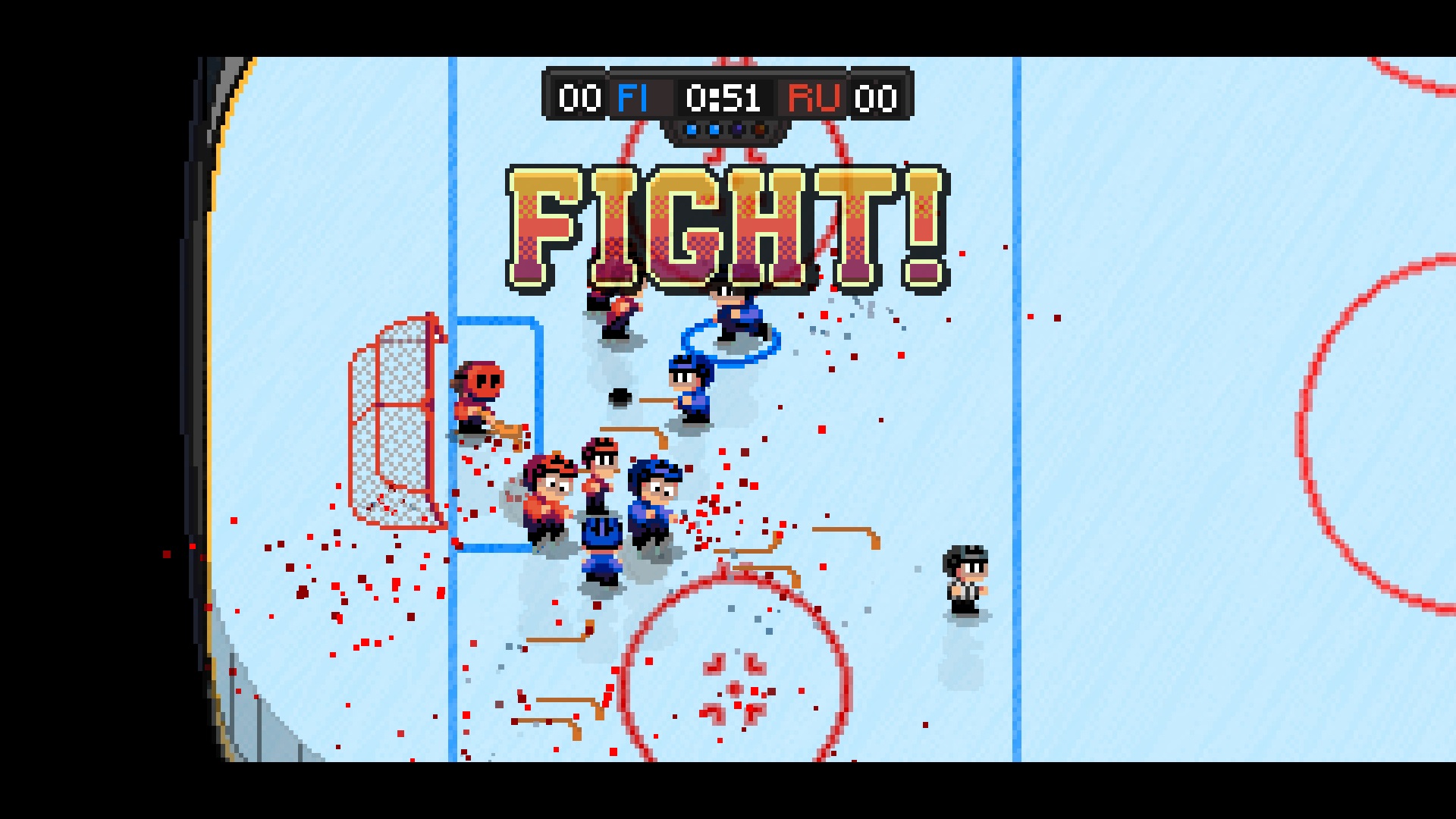 Awh hell, here we go again, time to make that ice even redder

Oh, how I like this. I am a fan of anything pixelated. This really makes me sing inside with the fact that you’re going back to an innocent time. There’s loads of us who pin the renaissance in old school ways as a cheap excuse to get into our nostalgia fix. The crowds and banners are colourful, the ice is shiny and clean (unless there’s a fight) and as much as the players will not have a huge amount of distinguishing features, but they look good enough to me and I can’t complain. I mean, I loved Cannon Fodder, and they were even smaller than these guys.

Shawn Daley is responsible for creating the musical bliss that’s on show here. I’m a sucker for chip tunes, so it is a bit of a gimme that I would be on the good side of this. It isn’t too blippy to be on the side of annoying, as some of the games are these days that think they can just do a few old noises and say they’re retro.

It adds to the feel of the game well, which is also a good thing. I’d much rather have this on the go than an actual MIDI or proper track. It adds a charm, which I like.

The main difficulty was trying to play this for more than a few hours, but if you mix the way that Super Blood Hockey plays along with the lack of things to do, then you feel let down. Boredom then starts to set in and you feel like it wouldn’t really matter how hard or easy it is, as you’ll just give up.

The other thing is that you’ll end up playing this with other folk, so the actual difficulty is not really in question, but it certainly doesn’t help having so little to offer in terms of gameplay to allow you a long time to play Super Blood Hockey. It is almost like a poisoned chalice to itself. 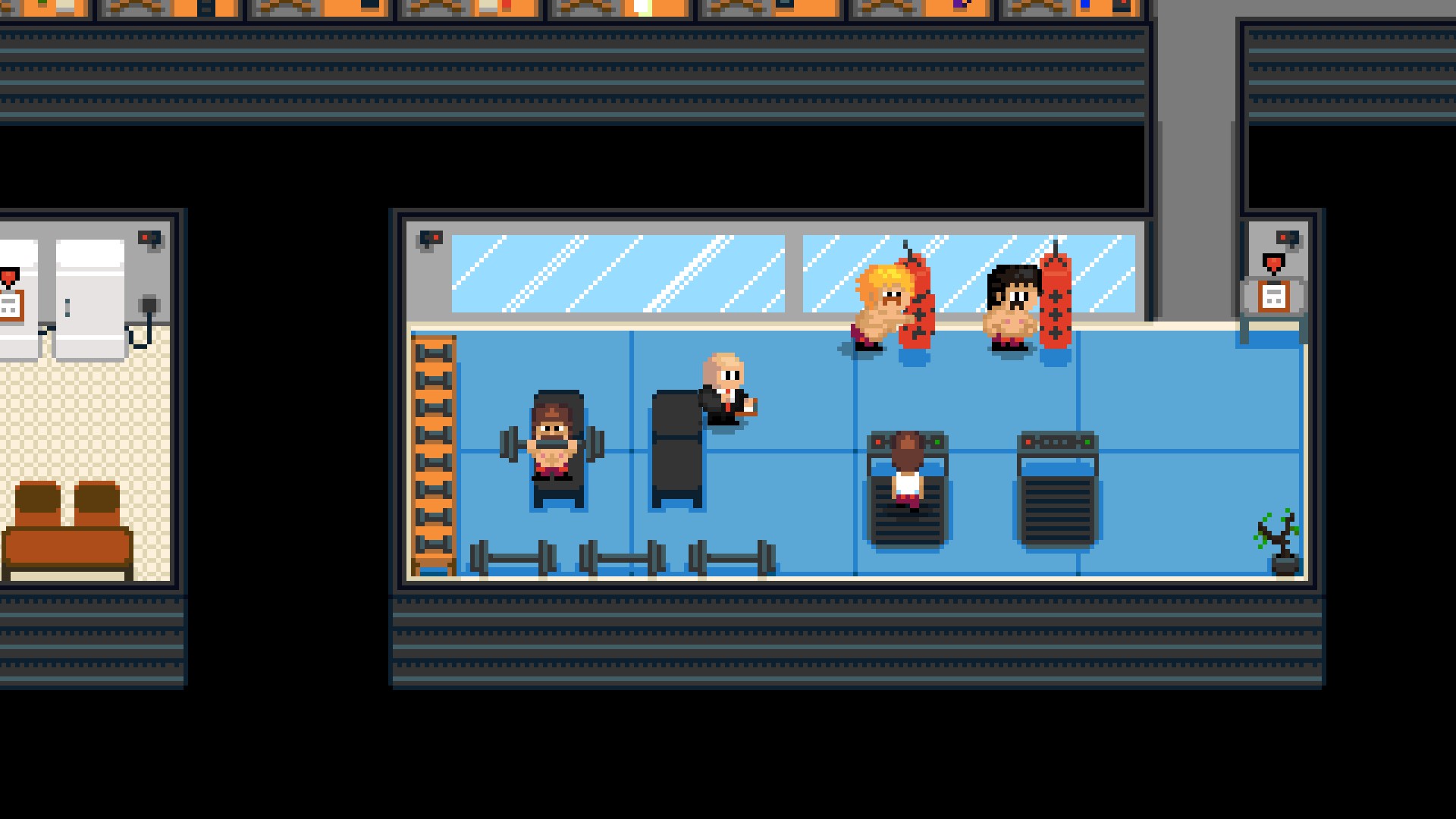 Gotta learn to hone those fighting skills instead of the skills on the ice, scoring goals like a normal team....

This is the decidedly average area. You may not actually last long enough to want to get through the achievements, so there isn’t really a reason to give this a huge rating. I’m afraid you will need to find something else to get your points.

There was so much promise that could have came with Super Blood Hockey, but it just doesn’t seem to happen. I think what makes it worse for me is the fact that this could have been something brilliant, amazing and fun. For some sections it is, namely the first few hours and with other people, but I also remember there being a baseball game on the Xbox One as well which did the exact same, albeit with no pixels.

The issue with games now is that they need to be easily accessible, but long-lasting. This managed to cover one area, but not the other. The biggest omission is an online multiplayer. This would have made it stratospheric. I still scratch my head now wondering why this isn’t happening these days, especially with games that NEED more than one person to get the most out of.

This review, much like the score, leaves me mixed. I LOVE this graphical styling we’re going through with a lot of the indie titles and it warms my heart to see something like this get the pixel makeover, but it doesn’t matter what a game looks like, it needs to play well and have substance. It does play well, but there simply isn’t enough there to warrant a high score or a desire to come back to it on a frequent basis.

If you can, put up with NHL and keep hoping, unless they add more to it in a patch. I’ll keep my fingers crossed.