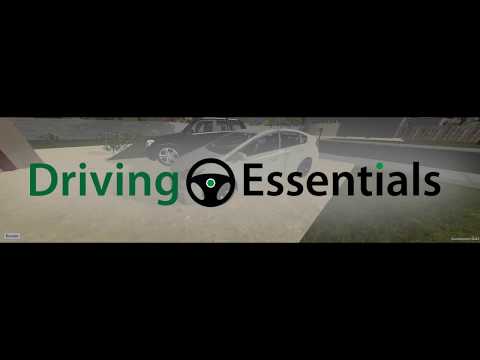 Now, as anyone will have no doubt noticed, this is not a game. It never will be, or indeed ever was. Driving Essentials is a valiant attempt to enable people to learn to drive, by giving you situations and scenarios, as well as some pretty strict speed limits, to navigate in your chase to be a better driver. It says at the start that it can also improve your ability if you are already versed in using a motor vehicle.

As much as I give Virtual Driver Interactive a major bit of kudos for trying, putting something like this onto a console where you are littered with arcade racers, as well as those for the motor enthusiast is never really going to go down well. The whole point of playing anything involving driving on a console is to get away from real life, not so much trying to simulate it and the potential potholes (no pun intended) you may come across.

The major gripe I have though is that it is based on driving in the US, so trying to experience what we are used to in the UK could be tricky (although to be honest, I didn’t see an option to swap over sides) but even at that, it just feels like a basic simulation that you would have seen back in the day, rather than something you would play in the modern day.

Here’s the other reason why this doesn’t fit on a console. I had this overwhelming desire to just plant the accelerator to the floor and have a bit of a laugh, purely for recreational and educational purposes you understand. As it is a sim, you don’t even get 20 seconds without being stopped dead and forced to start again. The problem is that console people want to be a bit reckless and mad. Hell, GTA 5 is on here, and that isn’t exactly a simulation of real life, is it?

Oh dear. This literally looks like a car crash (I DID mean the pun this time) It has graphics that look like they were abandoned at a kennels and have been there for years before someone felt pity. If you’re going to at least have a simulator on your Xbox and try to learn something, at least make it look nice. This really doesn’t look like there has been any major attention brought to it. It is like something that would have been made in the indie circuit and just left to rot. It is worth saying again that if you can create beautiful places like Forza Horizon 4’s UK landscape, why can’t the same be done for something that takes up a fraction of the space on either a disc or a hard drive?

Basic is as basic needs here. You get all the bog-standard noises you need for a sim and that is literally it. Engine, ignition, horn and a few ambient noises pretty much give you what you need and little else, but again, it is a simulation, so you kind of forgive it a little.

You can’t really judge a sim on difficulty, as it is an aid to help. That being said, it is only as difficult as you make it. You have a few button presses to get the car moving, as well as indicator buttons to make sure those pesky AI drivers don’t give you road rage. What this results in is a title that is more difficult to stay awake with than play, and you really have to avoid falling asleep at the wheel. I'd also like to point out that this has no option to show you any Highway Code information whatsoever, so don’t think this will help your theory any time soon, because it won’t.

Well, it isn’t like you’re going to be trying to get any of them in a sim, unless you enjoy the Farming Simulators from Focus Interactive, so I can’t really use this in any way, shape or form. 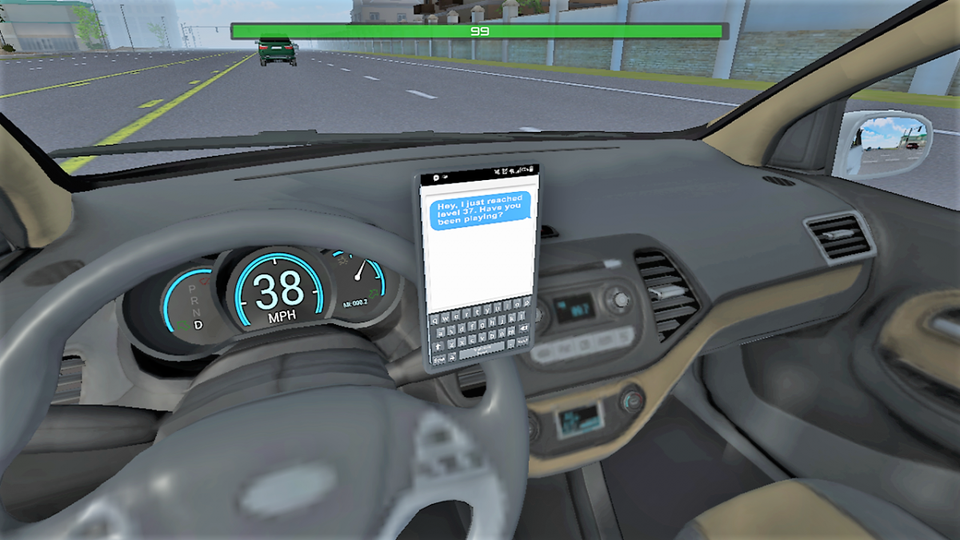 Rule of driving #1, Texting and looking at your phone is always a necessity

It is a very difficult thing to judge, is rating Driving Essentials. It tries with the greatest intentions to help make the roads safer all across the world, but it picked the wrong thing to try this on. This is, and will always be more suitable on a PC, where all those theory and sim programs sit and multiply on a yearly basis. A console just doesn’t fit, especially when you have a demographic that will spend more time playing shooters and be way under the legal age of driving.

The other major issue I have is that this sim is over £30 and nearly $40 in the US. For what you get that just isn’t good enough. Have a think at what you could get for a games console for that price instead of this and you would run out of paper writing down the options you would have. Ace Combat, Battlefield V and pretty much 60% of ALL games out for the Xbox One would be covered.

What this does do though is raise a more important question. Should there be ANY realistic sims on consoles? As I mentioned before, these were usually resigned to the PC and those that had a lot of money to buy peripherals to deal with it. Look at all the Flight Simulator titles Microsoft churned out for ages. You even had proper driving simulators as well. I do think there is a space for them, but they need to keep up with what is around them. Driving is looking more and more realistic on the big boys now and we’re even getting changes of seasons. What people don’t need are older graphics putting them off the key factor of what it is designed for.

Too much money for not enough learning would be my review tagline, but it is one that you would literally have to go with yourself. I’d advise a test drive, if it were possible.