Hidden item puzzle games. They have never been on my radar and in my honest opinion, I firmly believe that these should be firmly in the domain of smartphones and tablets and that they don’t really have a place on home consoles. I’d maybe even stretch to a PC, but not Xbox or Playstation machines.

I know what you’re thinking. I’m being pretty harsh about it, but I actually sat and had a proper think about it. There are loads of other puzzle games that come out on consoles, and I love them. Take Glass Masquerade as a prime example. I reviewed it recently and gave it a fairly warm welcome to the Microsoft community. This, however, leaves me felling a bit cold. It just feels like it is filling in the gaps and not much else. The story is a pretty interesting one, but the problem is whether or not you’re ready to jump through hoops to get through it.

Gameplay 5/10
Honestly? I couldn’t really get into it. I could see what type of game Queens Quest 2 was going to be, but even though I’m into puzzle games, I never felt like I wanted to explore further. Part of that was to do with how it played. I do understand that hidden puzzle games require you to have a proper look around, but these aren’t the only type of game in this title. Would it have been too much to ask to include a button to allow you to snap to objects, rather than constantly having to move the cursor around feeling like it has a mind of its own? Its little details like this that always seem to get missed, and what that usually results in, and I should know as I did it myself, is that you just frantically mix movement and button presses, in the hope you don’t have to put any effort into thinking about where you should be looking.

The other hard truth is that you really have to like this specific type of game. I’ll be honest, I thought it had died a death and noone cared anymore, but the fact a sequel is here means I’m eating humble pie. The story is far-fetched enough to be interesting. A King has asked for your help to solve a series of murders in a world where a lot of fable characters dwell. Now, as much as it is a charming story, it kind of gets bogged down by the puzzles. The reason I say that is because there is too much stopping and starting between the two. No sooner are you following the narrative then it is time to find ingredients to make soup for a hamster. It baffles me a bit, but there you go. The hand drawn art is as always, visually stunning

This one really does divide me right down the middle. I do think the graphics LOOK nice, but the actual movement through a rather haphazard game engine, really doesn’t help matters. I was in two minds whether to admire the colours and visuals, or hold my head in my hands as those characters moved like they were lagging.  When a game leaves you confused about your opinion on it, that clearly isn’t a good sign.

If I had one wish, it was that the in-game engine was a bit sturdier than it is. It doesn’t have the muscle to wrap this game in love as much as it should and you can see the failings. The visuals are the most obvious area this is seen in. Any picture can look lovely when it is still. Make it move and move not in the best way it can and then you start to see cracks. That’s what is happening here.

Not music to my ears, in truth. The usual plinky fake synth rules supreme and the less said about the voice acting on here the better. I thought I was going to bring my breakfast back up when I heard some of them going off on a tangent. It is truly awkward and one of the few times I could get away with saying “I could have done a better job.”. One of the key things about a story is that it has to draw you in. All the audio did on Queens Quest 2 was make me run away... Very, very far.

There really is no difficulty to be had on here, unless you slap it onto hard mode. If you don’t you can get hints to help you and most things are pretty self-explanatory. You could rattle the whole game in a day. This may be the way you want to play it, but hard mode makes things head towards that annoyingly tough side, where you are constantly cursing the game for being unable to find objects, or getting frustrated about another alchemy recipe. To quote Goldilocks, you can have the first two, but you never get a feeling the “just right” bear is kicking about. He’s probably playing Battlefield... 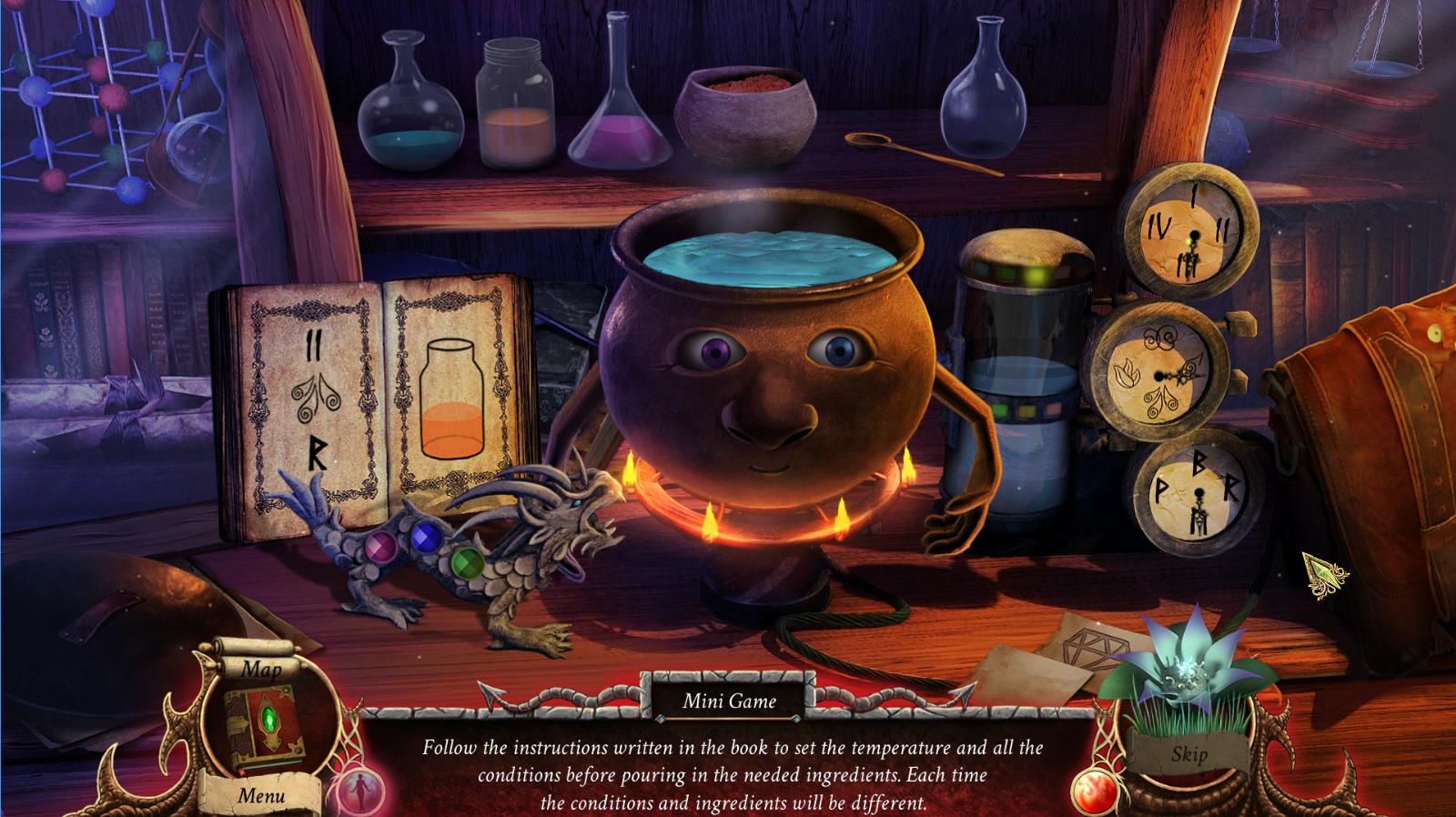 This pot has no idea what is literally about to happen to him, he won't be smiling for long

Just your average trophy hunt, to be honest. It gives you achievements when you complete chapters, as well as the odd special task. It really doesn’t try to hide things, and that isn’t bad. You just may struggle to get them all though, as getting to the end can be such a drag

What I can say about Queens Quest 2: Stories of Forgotten Past is that it didn’t disappoint. Having said that, I went in with a low opinion, so it was never really going to improve my thoughts towards it. With more time, a better game engine and less intrusion because of the controls (oh, and no really bad voice actors, don’t forget) we could have had a half decent game on our hands. Instead we have one that just doesn’t tick the boxes for me.

If you truly cannot do without games like this then you will be in your element. I can take and leave them though, and for me, some things should just stay hidden...