Finally.
I get to finally play a game I like. I know this kind of gets rid of any reason to write a review on it now, but I feel compelled to say it. I think the other reason I say this is because I genuinely wasn’t expecting to like this as much as I have done, but there is something about Glass Masquerade that just clicks with me and I can’t put my finger on what it is. It isn’t perfect, but for the most part, this game is a very enjoyable little puzzler and it has me wanting more.

There’s not a huge amount of levels, I’ll be honest, but the 25 you do get take on average between 15 and 30 minutes to complete, depending on the difficulty level. The hardest ones can leave your brain scrambling a bit, trying to figure out what the heck is going on, but eventually you will have it feeling like second nature. It’s easy enough to play. Select a shape from the side, move the analogue stick over to the place you think it goes and just click the button to put it in. The fact it is so simple to get into is a very big plus in my book.

It is this simplicity that gets you involved. You do feel like for the most part the only thing that’ll be wrong with the level is you putting things in the wrong place. There are the odd moments where you hover a piece in an area you’re SURE it goes into, but it won’t go in. Five minutes later you try again and for whatever reason it works and you’re left scratching your head wondering what happened. I would have liked a zoom option to be able to get a better idea of where the pieces can go, as even on a 43 inch screen I was struggling to see where some of the mosaic pieces could go, but you get there eventually and thankfully these irregularities happen pretty rarely.

I’m not going to lie, I love the art style. The mosaics once finished look stunning and I’m in awe of how they could actually look like they were done in glass. As puzzle games go, it is a rather silky looking piece of software. I have to mention the colours as well, which almost make you more relaxed than you probably should be, but again I am drawn to just how tranquil this game can make you. I usually have to rely on a cup of tea or cocoa or something, but this works just as well (listen, I’m not a kid and able to gulp loads of sugar down and play Fortnite alright? JUST LEAVE ME ALONE...). 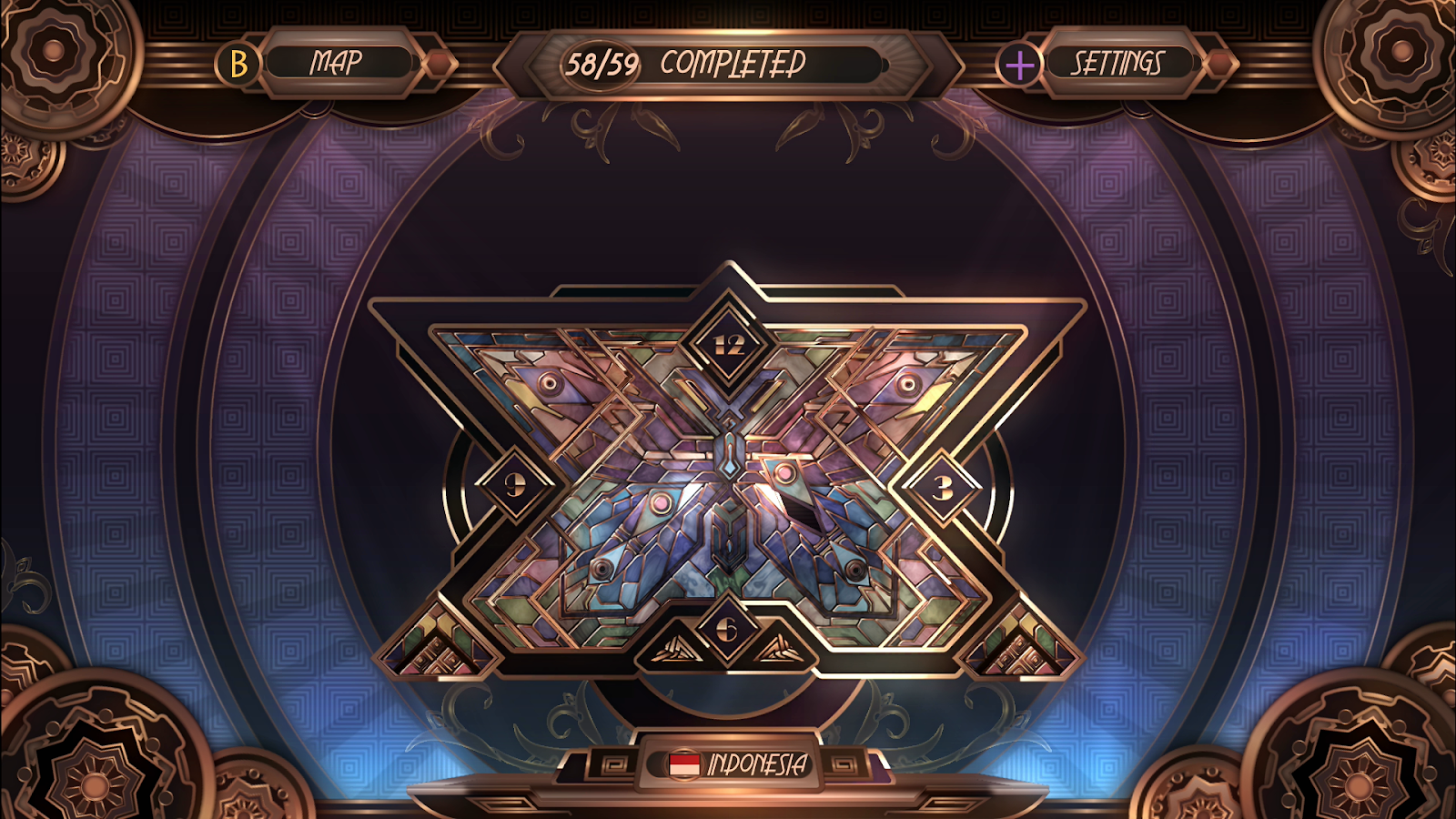 The music is another great addition to Glass Masquerade. It’s written by Nikita Sevalnev and fits in nicely. By the way, don’t bother doing a Google search on him, I tried and got nothing.
The music does sound like it is all authentic instruments and it all comes together to be easy on the ears. As you progress through the countries you begin to hear little nuances that lean towards the place in question, such as Sitars in India and so on. There has been some attention to detail made here and the end result gives you a fully enjoyable experience and I certainly can’t complain.

I feel like there is just a little niggle here. I actually think it could be a little harder, if truth be told. The fact I can finish level 5 puzzles in anywhere between 20 minutes and half an hour is not perfect, but on the flip side of that is the fact you don’t really ever feel like you’re going to throw the controller at anything in particular. A tough one to call.
The other reason why I wish it was just a little bit more difficult is because of the 25 level cap. Once they are done you’ve seen everything. Is this a game you could come back to once you’ve finished it to try and get a faster time? I’m not so sure, but the main thing is to enjoy it the first time round and that is not an issue. 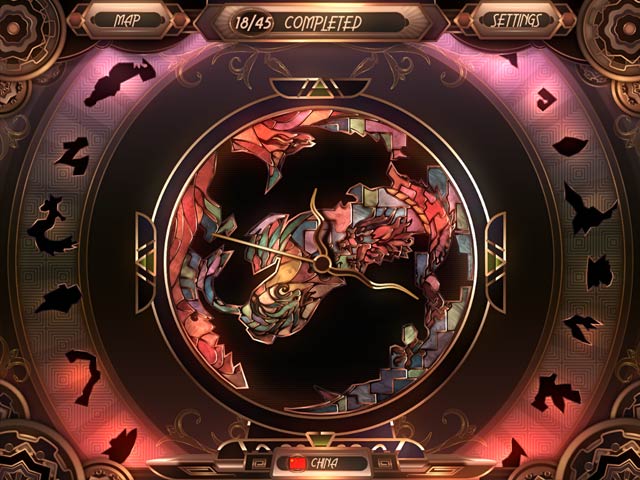 However the end results are always worth the effort involved

This is very nice. Simply put, you get achievements for every level you do and there’s the odd little sneaky one that crops up and you had no idea, but your score has a very good chance of heading up rather quickly and there will be no complaints from those that like a points swelling without much effort.

I do like being pleasantly surprised when a game lands on my lap and glass Masquerade did exactly that. There is something about it that keeps drawing me back to it and I just enjoy sitting for an hour or two just letting time go by as I build some masterpiece mosaics, all relevant to their designated country.

There's a lovely art style about the game, the music just accentuates things beautifully and as an entire product I certainly cannot complain. It does make me happy and relaxed, which when you’re a bit older than the gaming demographic allows, is a good thing indeed.

I would happily recommend this to anyone that needs a break from crazy gaming pace and getting that feeling that they can’t keep up with the younger ones. I can also give it the nod if you just want something to relax with. It certainly gets a thumbs up from me and I’d love to see more of it, or even a DLC of some description. My only real annoyance is the fact that it ends just as quick as it begins. I suppose that’s always the way with games you enjoy. Maybe just enough of a good thing is right, after all