Home News At Sundown: Shots In The Dark... 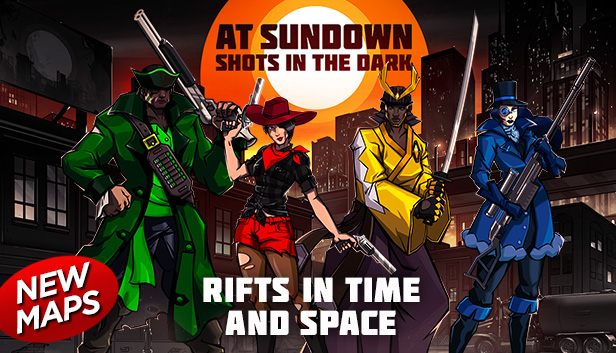 I first saw At Sundown and it began to bring back so many memories of old school gaming from back in the day for me. I thought about The Chaos Engine on the Amiga and then swooped over to the Playstation where I had a moment thinking of Loaded from the mighty Gremlin Graphics. Not only does this show my age in the biggest way possible, it also makes me want to play them again.

Here’s the thing though. Those games were multiplayer and they had a story. At Sundown really doesn’t. It is a multiplayer shooter at the core and as much as it can be played locally on one machine, this beast is meant to be enjoyed over the power of the internet. The thing is though, can a host of additional mainstream mulitplayer shooter elements make this stand out any different to the norm, or is it too little extra to compensate for a lack of narrative?

There’s no getting round that the plan is to kill the other teams in many deathmatch options. It is kind of like a top down version of Black Ops 4. You have your standard deathmatch options, as well as timed sessions and last man standing variants. You can level up weaponry and also get your skill levels up by practicing on the training levels. The good thing is that you can really get a lot of stats and experience from doing this, but you still need to be sure you have that savvy about you. The best part about At Sundown is that there is a simplistic, yet intuitive control system that works well, with dodge and sprint buttons within easy reach. It does allow for a natural setup.

There is one MAJOR niggle I have with the game though. Try and find a game. I tell you right now that unless you pick a time where it can be well populated, you may not find a game for a long time. There was one night I tried for over 10 minutes and couldn’t get any joy whatsoever. Once you do though, it is a good enough 5 minutes or so, but is it really worth the hassle to get that small amount of time actually PLAYING it? If not for the colour pointers, you really would be shooting in the dark

There is a distinctive cel shaded look to the game and it fits things really nicely. The colours are obviously needed for the multiplayer side of things, but it is almost the only main colour you get in this. The rest of it is pretty black. It almost reeks of a similar “huge” colour scheme as SuperHot had when I went through that game, although it was more fun. The functionality in how it looks is there and it does stand out, but I’d have like more work done on the other areas of At Sundown and not just the characters.

Nothing to set the ground alight, all things being said. Your gun shots do what they need to and you have the gloomy music to accompany it all, although I’m not a fan of the slowdown of said tunes because it becomes annoying REALLY quickly. Most of the other sound effects seem to come from the generic library of gun noises. You’ve heard it all before and it does the job. Just don’t expect to be able to say exactly what ind of shotgun it is as it spreads the shell across the wall.

I’m scoring this low because of the fact there is no single player game to speak of. The difficulty is going to come from external sources, so you can’t gauge anything other than from that area. It is only difficult if you don’t spend the time to get to grips with the controls. I can’t really rate the training as difficult. As long as you get through it you can crack on with the game and get levelled up, so it does all you would want it to.

It does have them, but I saw nothing come up at any point when I played it, so I would imagine they are harder to get than most, so don’t go out of your way to get this if you’re looking to shoot some achievements down. The only thing that’ll go down is your optimism. I’d say only if you are desperate and you’ve bled everything else dry. 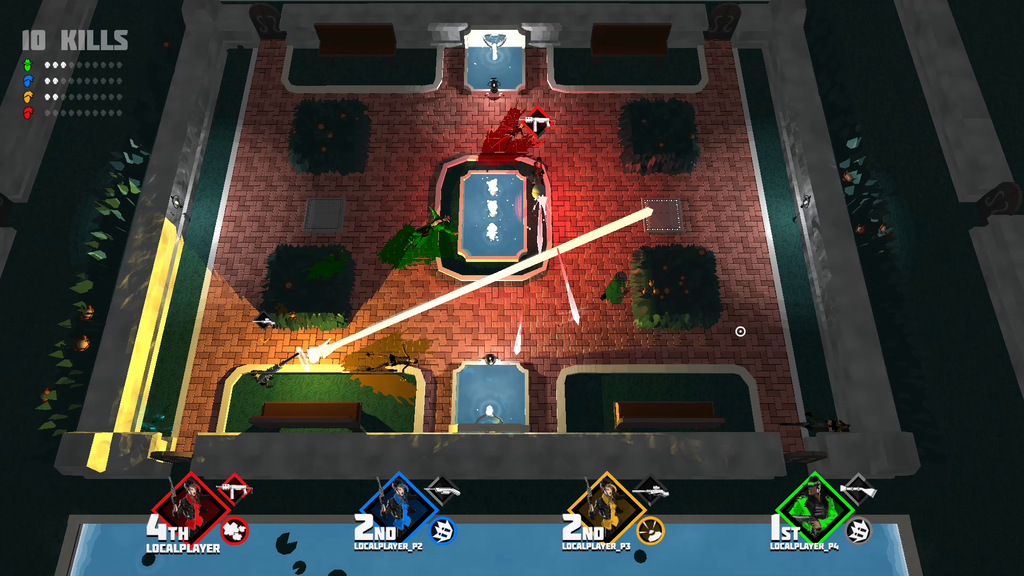 It isn’t that At Sundown is bad, but the problems it has eliminates a lot of the positives that it gives you. I like the graphical style and the idea of a top down shooter that tries to emulate the first-person variants is a very noble thing indeed. The problem is that it has those issues that just don’t seem to go away. It is rather difficult to get a game and that is a really big issue when most of the game is online. Is it worth going for as a local offline game on its own? I can’t say it does.
The saddest issue is that is has a huge problem that is not of its own doing. Apex Legends just literally came out and it is ripping a space for itself on the internet and costs nothing.

It does help that At Sundown tries something uniquely different by varying a tried and tested formula. It is decent enough if you can get a game to play and stay in that session for a while, but it is hard to get one. This needs to change, or make it easier to get a game with bots instead. If it is left as it is, it’ll just drift away into nothing and the average mark will just crawl down even further.