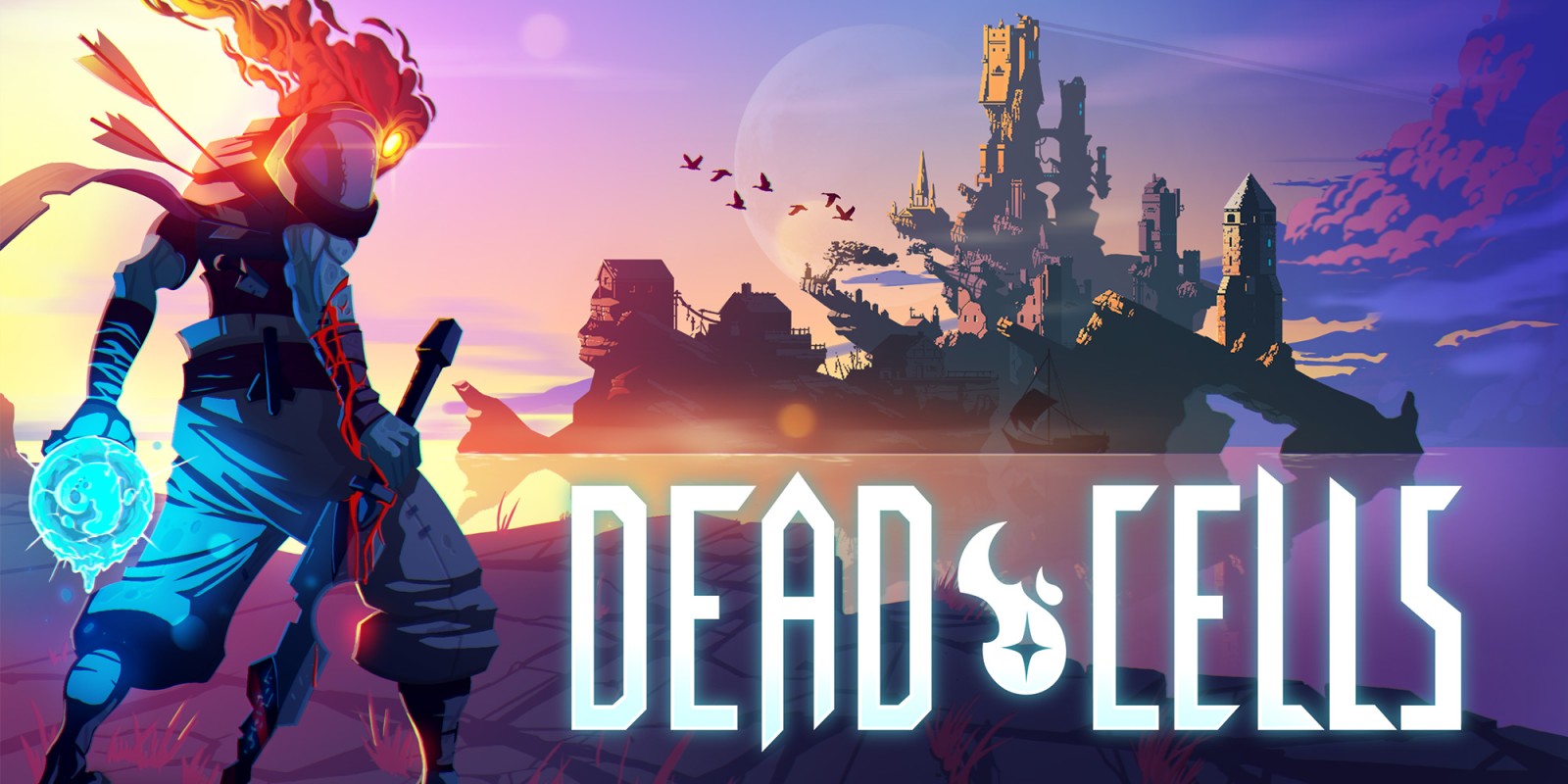 After all of the IGN debacle with this game, you begin to get a bit scared when you have to come and review it. Don’t get me wrong, the reason for the delay is not because I was, for want of a better term, “bricking it” at the thought of whether or not my words would be looked at and then decreed I’d copied and pasted them. Oh no, no... The reason it has taken so long is a very simple and enjoyable one.
This game is so damned good, I found it hard to put it down in the first place.

I mean, it ticks every possible box for me. Pixelated, high quality graphics? Check. A very intricate difficulty curve that almost feels like the Dark Souls series in places in terms of your death rate? Not a problem. The fact that when you respawn at the beginning the world has procedurally generated so that no two games are ever the same? Great. There is everything here for everyone who has any degree of want for something that looks and feels amazing to play.
The story is not really there, but everything else is that good that there’s no real need to have one. All you know is this. You’re a prisoner made up of some slithering puss who inhabits a body. You’ve been told you cannot die and that you must make your way to the end. That’s pretty much about it. From then on it is just a load of enemy slashing, weapon grabbing, boss killing joy.

The fact that I really should have put in a review before now is testament to how addictive it is. It just grabs hold of you and it simply won’t let go. It can be a great game to while an hour away because you may get one long session in, or you may die about 4 or 5 times in that range, but you will always come back for more. The great thing is that any weapons you gain and any of the perks you build up by cashing in the cells you collect will stay with you. So, the more you play, the easier it will become to kill things in your path. At the start for me I was getting mauled. A few hours later I made it to the Clock Tower boss and THEN got mauled. It dangles just enough in front of you to keep you going. 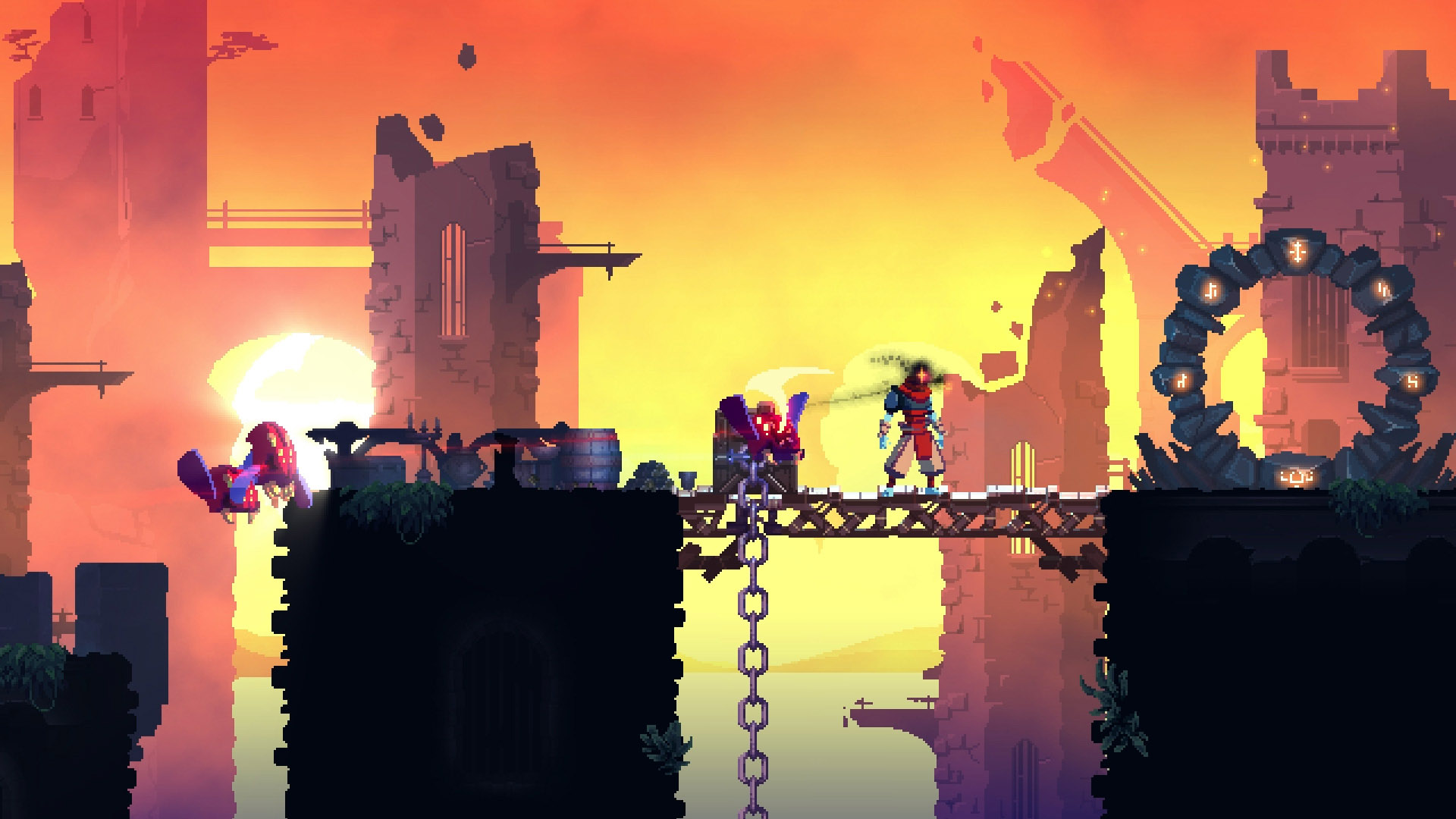 Don't let the prettyness fool you, this is one hard title

I admit I am a stickler for pixealted graphics in this day and age and it is just an absolute picture of beauty. The enemies are well animated and the backgrounds make you feel like you’re playing through a picture. When the colours are not vibrant you still never feel like it is plain and dull. It is when you add a strong pallet that Dead Cells really comes into its own.

I really wish I could tell you just how beautiful this is, but you genuinely need to at least look at videos of it running, in fact, look at the YouTube vid of our two-minute review at the end of this review. It looks amazing in a still image, but even better when it is moving. The time when your eyes are at their most excited is when you’re going hell for leather against enemies, whilst parrying and dodging incoming attacks. It is almost like a beautiful old school graphical ballet and you are the conductor of the orchestra. I can’t rate this highly enough.

The sound is nice and atmospheric and the soundtrack, although a little less impactful, certainly generates the desired result. It’s, for me anyway, more in the sound effects that I really feel like Dead Cells surpasses itself. I treat the music as a foundation for all the arrow pops and sword slashes to bounce off of. The enemy noises are suitably gross too and I feel that the balance is almost spot on. To be fair though, it does the job very well because they always say that the audio should be there to enhance the rest of it, at least in movies anyway, but I think in gaming that is a similar vibe, so you could say it does the job impeccably. 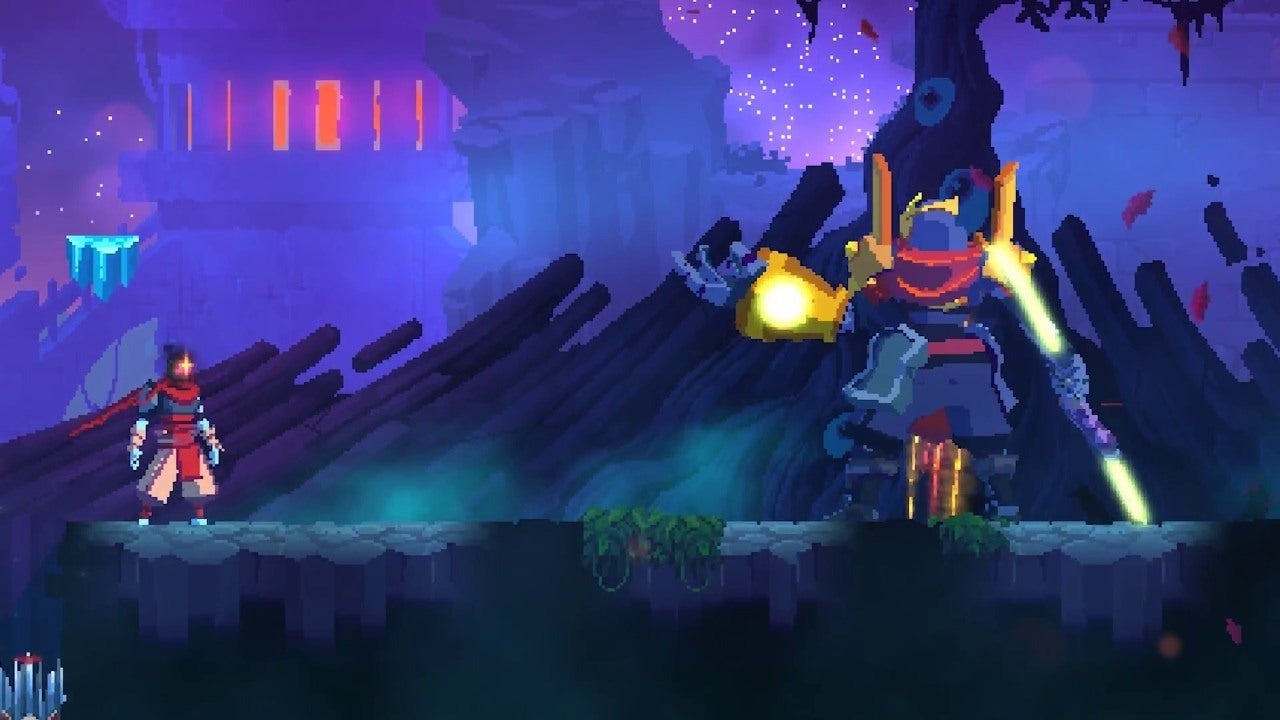 Perfect. You go into this game KNOWING that it is of a similar experience to Dark Souls and all of those frequent death games. The best thing is that it gives you just enough advancement to keep you interested instead of having you popping your clogs that often that you should be working in a Dutch shoe shop. There are times you’ll forget to use your life potion, or perhaps there is that shield you picked up, thinking it’ll protect you. This would be when you end up pressing the attack button instead and then think “Oh dear, I appear to have died through my own silliness...” (the words have been changed to protect the innocent.) As we speak, I know where I can get to. I also know I need to figure out how to beat the second boss, as he is a sneaky little pest, but I also know I will beat him eventually with the right setup, and this is the important part.

Achievements for accessing every part of the map for the first time, as well as killing x amount of enemies and all your other usual gamerscore charmers. It’s paced nicely to keep you going, but I’m lucky. I can only imagine what it must be like for the score chasers who need to get the points as they progress. It’s those moments when you feel there is a standby copy of Ubisoft’s King Kong, to act as a comfort blanket. 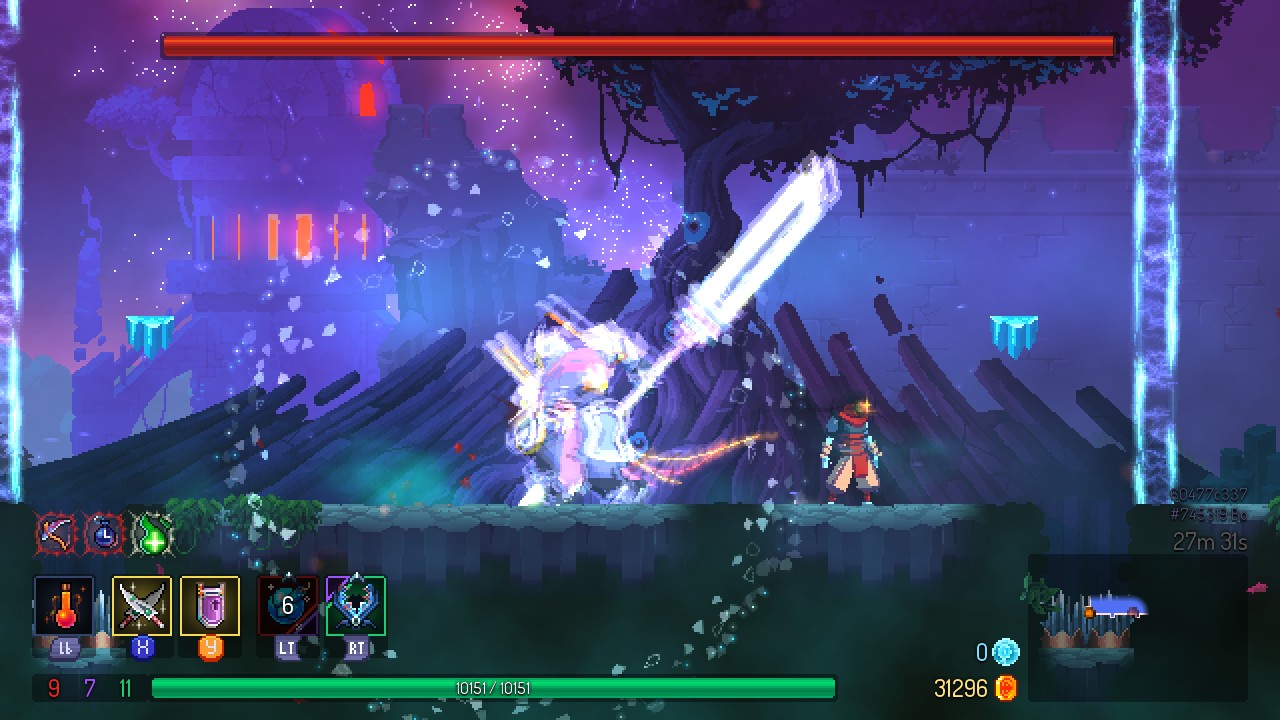 World hide and seek championships currently on the go.

Dead Cells is an absolute pleasure to play. I know I will continue to sink hours into it. I can’t help but fall in love with its simplistic charm, as well as the fiendish difficulty curve and that inevitability of death at its hands. It looks amazing, plays like a dream and the fact that you know you will progress as time goes on gives it an almost sadistic charm, which has me under its spell.

I implore anyone who loved the “Souls” series and is an old school gamer to pounce on this as soon as is humanly possible. This genuinely puts a lot of full on releases to shame in the way it is built and how it feels and I really cannot rate it highly enough.

Put it this way. I would put this up with some of the big AAA titles as my Game of the Year... It’s THAT good.