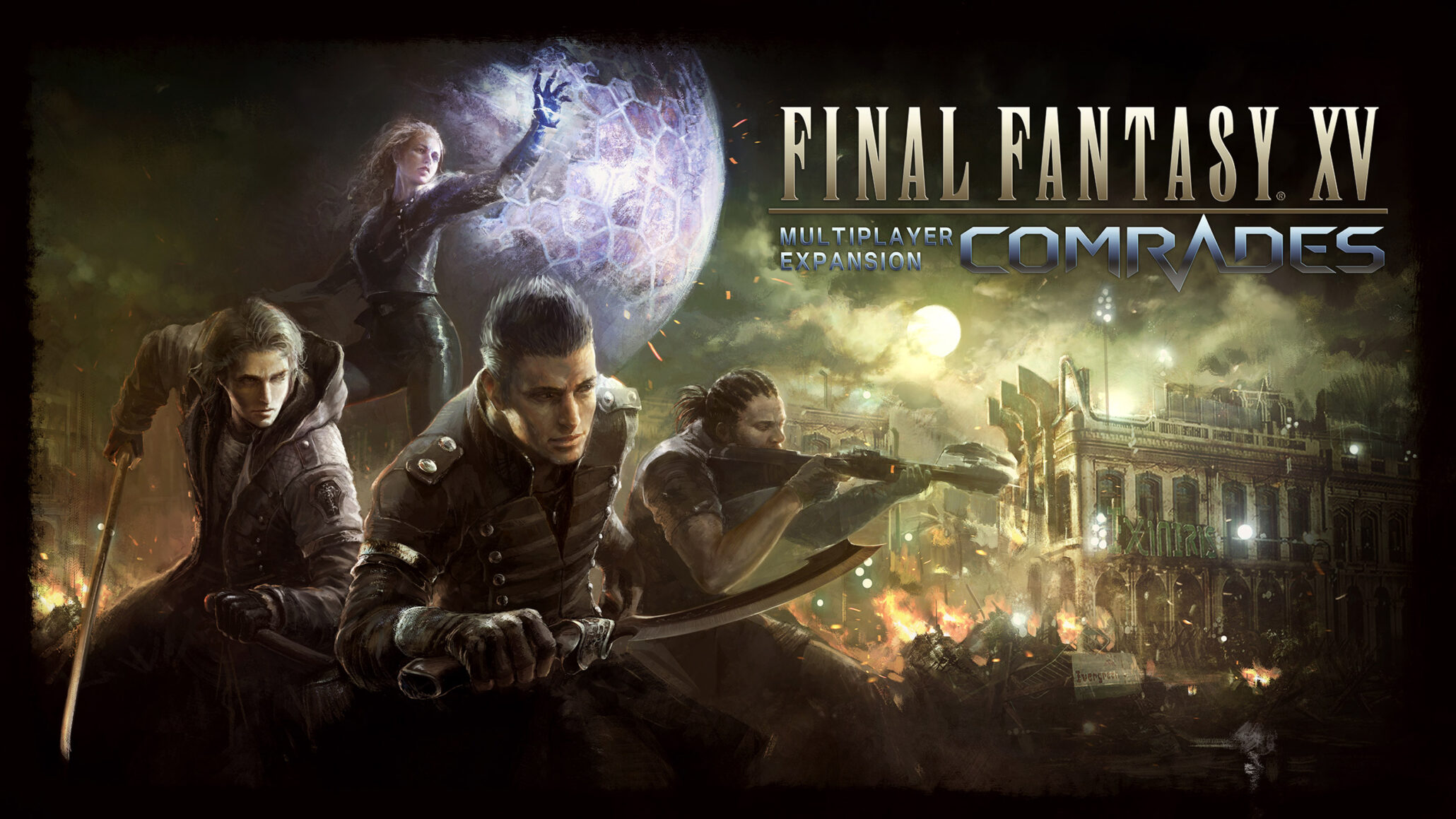 SQUARE ENIX® continues to commemorate the two-year anniversary of the award-winning FINAL FANTASY® XV with the release of a standalone edition of FINAL FANTASY XV MULTIPLAYER: COMRADES. Players can also jump into the game for a special collaboration with the popular MMO FINAL FANTASY XIV Online beginning today, featuring a new in-game quest, “Adventurer from Another World.”

In the FINAL FANTASY XV MULTIPLAYER: COMRADES standalone edition, available for the Xbox One family of devices including Xbox One X and the PlayStation®4 computer entertainment system, players can partake in various Hunt, Defense and Escort quests in co-op gameplay with up to four players. The new update offers 10 powerful bosses (one will be available at a later date), including Fierce, Cerberus and Melusine for players to square up against. Current owners of FINAL FANTASY XV MULTIPLAYER EXPANSION: COMRADES who wish to continue playing on Xbox One and PlayStation®4 can download the standalone edition for free. PC players will be able to download ongoing updates for the COMRADES expansion.

Players can also participate in the FINAL FANTASY XIV Online collaborative quest, “Adventurer from Another World,” beginning today. In the quest, Noctis embarks on a journey with the mysterious Miqo’te, Y’jhimei to Perpetouss Keep, which culminates in an epic battle against the primal Garuda. Upon completion of the quest, especially brave players may challenge “The Howling Eye (Extreme)” in a higher difficulty setting. Special FINAL FANTASY XIV-themed costumes for Noctis, Ignis, Gladiolus and Prompto will be awarded to adventurers who successfully complete the quest, while new weapons, including a new Sword, Greatsword, Dagger, and Firearm inspired by Garuda, may be acquired by exchanging items at the trade shop inside the Perpetouss Keep after the quest is finished.

As anticipation builds for the release of the EPISODE ARDYN DLC in March 2019, fans can look forward to a new trailer coming soon.
Posted 1 year ago by Mr Flawless