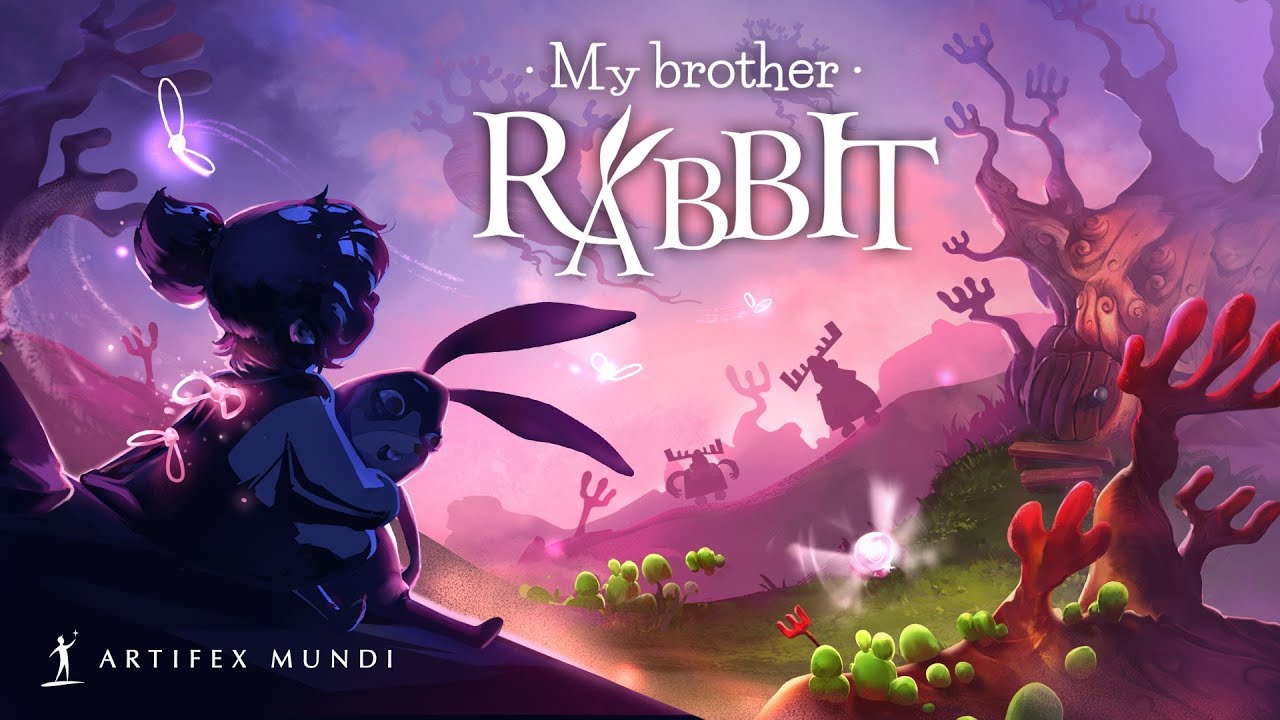 My Brother Rabbit is a slightly different take on the point and click adventures we usually see from Artifex Mundi.  We follow the story of a brother and sister in a metaphorical journey as a rabbit tries to save a flower.  As silly as that sounds it’s a well done transition and a wonderful colorful game with a dark undertone.  Let’s dive in

Story and Gameplay 9/10
Time and time again Artifex Mundi has failed in storytelling but when it comes to their more recent games they are prove that they are learning.  This game is no exception.  I loved that they are branching out to new and different things.  While you’re playing as the rabbit the game is colorful, bright, and looks exactly like something out of a child’s imagination.  It’s a break from the dark story arch of the game.  The actually story being told here is about the child’s sister falling ill and being unable to find a cure.  The child seemingly feels powerless and imagines up a world where he can do something about it.  Thus we have the world which we are in as the rabbit (brother) takes the flower (sister) around this colorful, childlike, imagination land (is that trademarked?) to try and save her.

It’s not an incredibly complicated story line and honestly probably the most straight forward story they have ever done.  However that doesn’t mean there’s nothing here, I played the game straight through mainly because I wanted to know what happened.  The developers did an incredible job pulling me into the world they created and investing me into the story that was happening in the child’s imagination and the real one with the sister.  It’s a heart breaking story that no family should have to go through and this story gives a small glimmer of hope every time a chapter is completed.

As far as gameplay goes it’s still a point and click adventure.  Puzzles, collecting items, and hidden object scenes are the bulk of what you will be doing.  However due to the unique art style and world you are in these never seem to much like a chore.  Every chapter has a unique background and almost seems like a brand new world every time you enter one.  It’s a fresh take on the gameplay they have been pile driving into the ground the last couple of years and I for one found it very refreshing.

A emotional moment for our characters, one of many

Graphics 8/10
This game is colorful, varied, and interesting to look at and interact with.  I loved how every area had it’s own unique feel and personality to go with it.  However the reason it finds itself so low on score here is the animation.  The entire game looks like it was ripped from a child’s picture book which is extremely good for the tone of the game.  They thankfully got rid of most of the nightmare inducing cut scenes and the horrid facial animations.  Every time anyone in any of their games decided to talk at the screen I can no longer watch it.  It looks like two invisible fingers are just morphing and moving the face towards you thus even making it look like their head as come detached from their body, it’s awful.  Thank god that’s not in this game.  The animations are light and colorful and are full of emotion and since there is no words in this game said by any of the characters it’s important that they are.  I was impressed with the different approach to this game even on the graphics side and I hope they continue to do things differently and take more risks like this game. 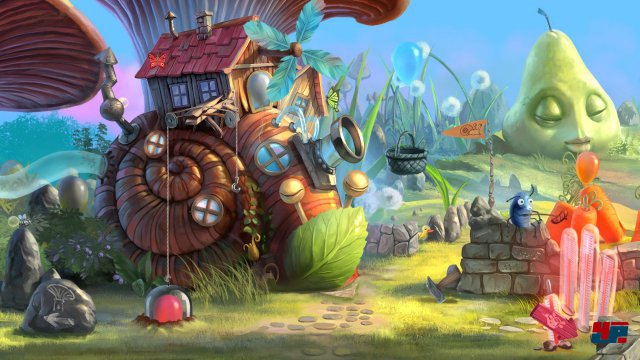 
Sound 7/10
You’re learning Artifex Mundi I’ll give you that.  The music here was near perfection; it felt ominous and mysterious in certain chapters while it was light and childish in others.  Every time there was music it intertwined with the story perfectly.  I was thoroughly pleased throughout my playthrough how well done it was.  Every track fit the scenario your character was in, whether it was a puzzle putting together some sort of bike/airship thing, a sad and emotional scene, or a happy light touch on a hidden object scenes.  There’s a couple of scenes where you have to put some type of mechanical thing together and every time you do it adds to the music so when you’re done if you have a whole musical track playing from the machine you are building.   It’s rare for a point and click game that has music that stands out, but here we are. 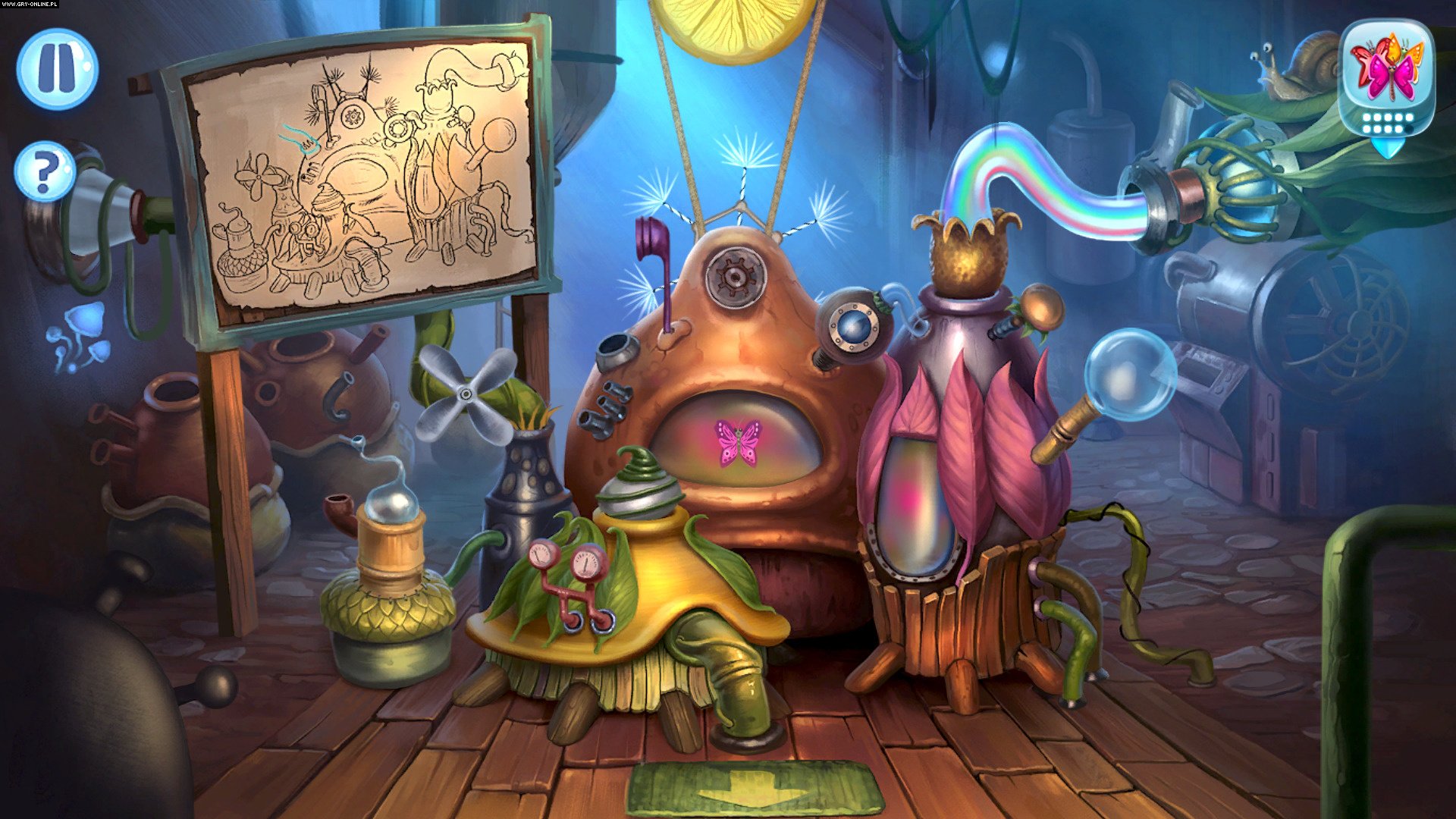 One of the mechanical things that makes music, quite enjoyable!


Difficulty  .5/10
This has to be one of the easiest, straightforward, and hassle free games they have put out in some time thus earning a grand total of half of a point.  You can complete this game in less than 3 hours with everything done and since there’s no bonus chapter and a chapter select you can go back and pick up any achievements you may have missed along the way.  You will need a walkthrough for the collectibles but other than that this game is extremely easy. 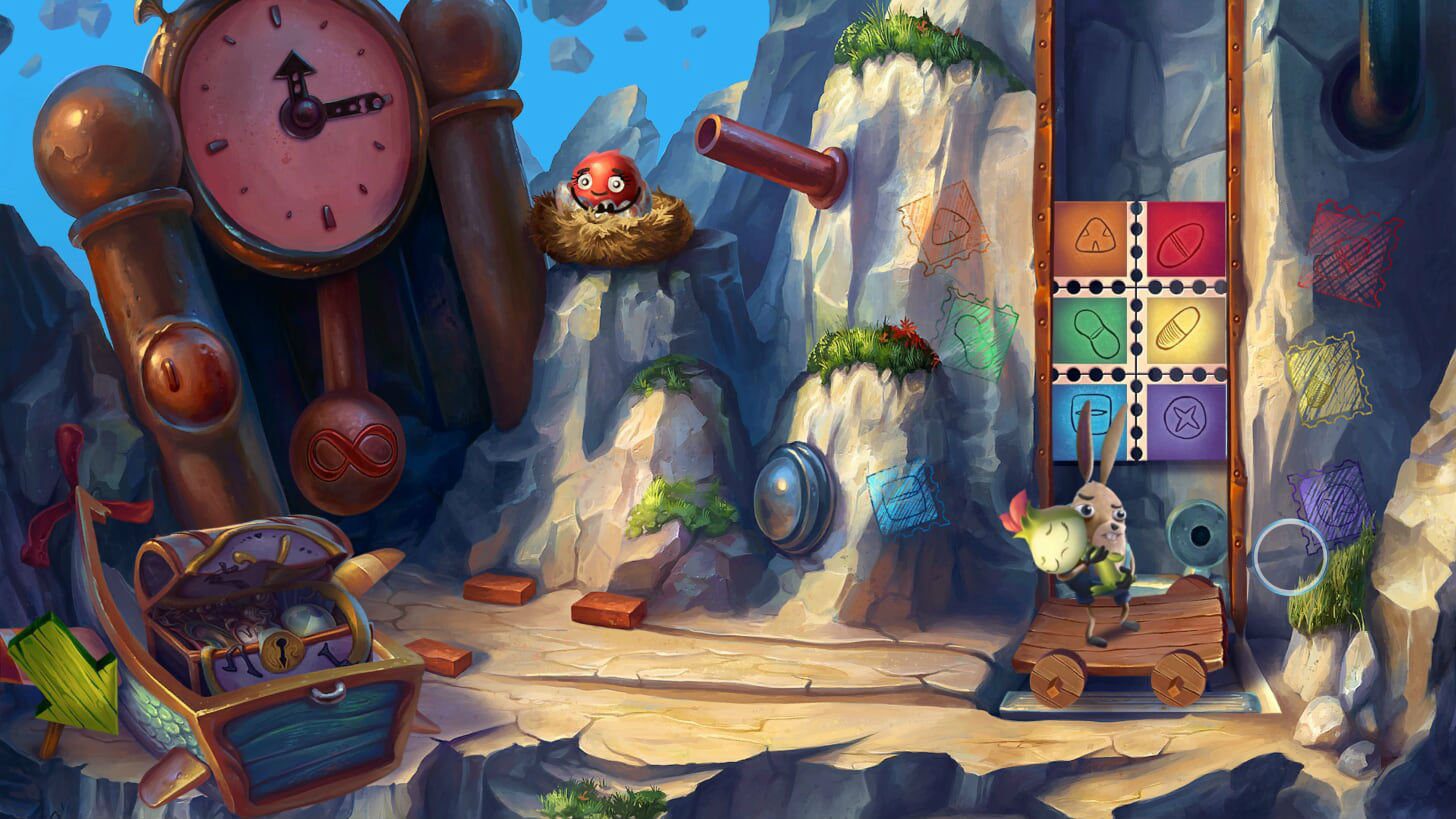 Time to be a functioning adult and collect some stamps!


Achievements 4/10
One step forward two steps back.  Welcome to the achievement list of every single game ever made by them.  Beat the game on expert, don’t use hints or skips, collect 30 collectibles etc.  I applauded them for their use of achievements in the last game but here it just seemed like they stopped caring about innovation, at least where achievements are concerned.  Honestly  if I had to pick better achievements or a better story, I’d pick a better story but Artifex Mundi why not both?  Take a look at Nightmares From the Deep 3, the addition of having to click on certain animals for an achievement instead of collecting items that do nothing.  It was a break from the formula they had been using for years.  They were headed in the right direction, hopefully they keep learning from their past games. 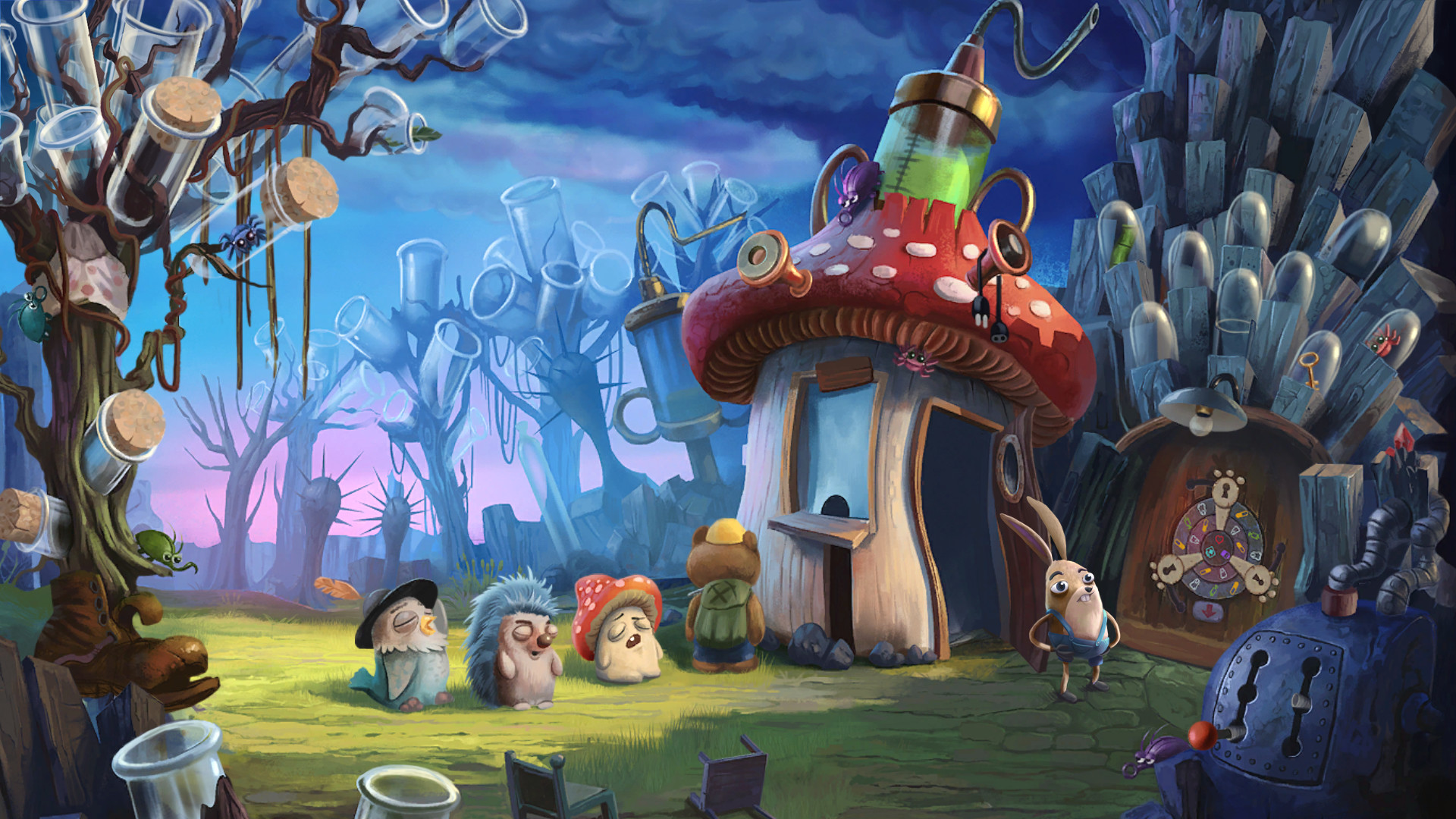 Summary
While the achievement list form every other game of theirs was a downer I really did enjoy this game far more than anything they have ever made.  I wanted to know how the story was going to play out and wasn’t disappointed in the end.  My Brother Rabbit is a well thought out point and click adventure that deserves a look for casual gamers and narrative fans alike.  As the reviewer I played the game for about 3 hours and unlocked every achievement.