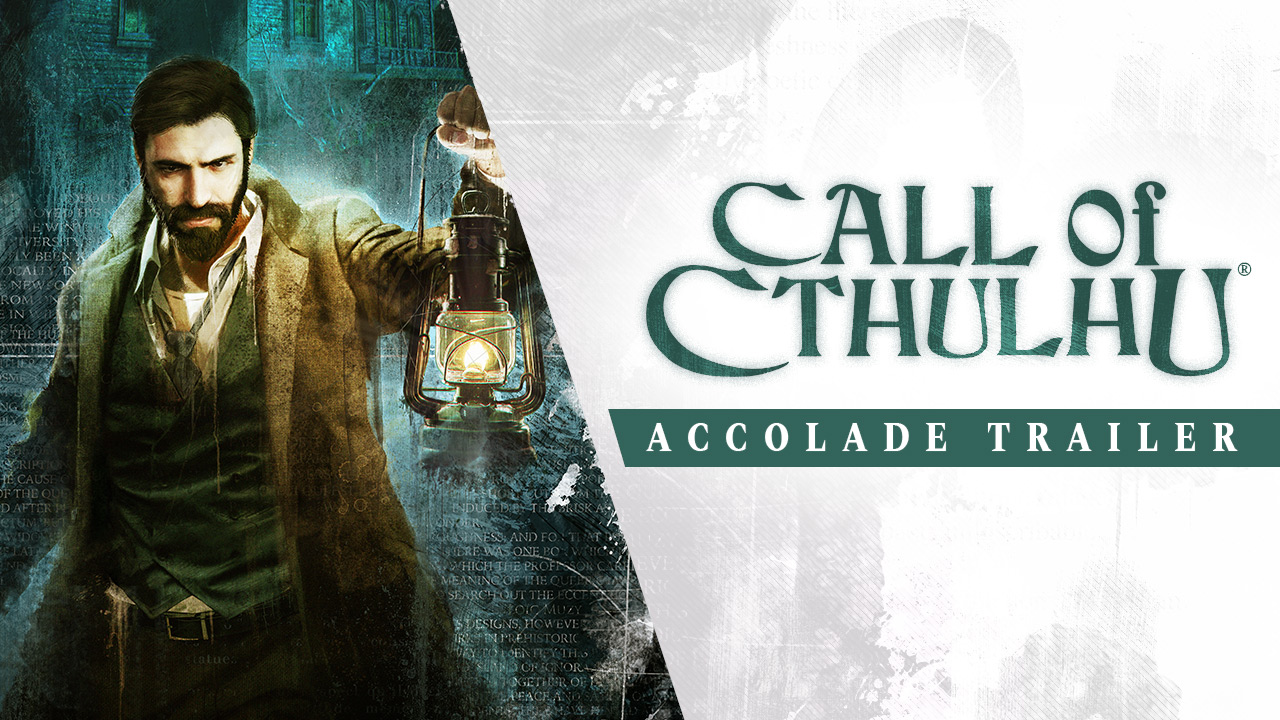 Call of Cthulhu, the official videogame adaptation of Chaosium’s tabletop RPG, is available now on PlayStation 4, Xbox One and PC! In celebration of last week’s launch, Cyanide Studio and Focus Home Interactive invite players to walk further along the path of madness in today’s Accolade Trailer, which highlights the game’s strong reception from press.

In Call of Cthulhu, feel the influence of Lovecraftian Old Gods and other cosmic horrors, playing investigator Edward Pierce as he delves into the circumstances behind the tragic deaths of the Hawkins family. Helped and hindered by the mysterious locals of Darkwater Island, your journey cuts the line between sanity and madness as the hunt for truth brings Pierce ever closer to the Great Dreamer.

Pierce is but a mortal man, with few allies in a remote, unfriendly environment. Whether outnumbered by mortal adversaries or facing foes whose mere existence is beyond human comprehension, offering physical resistance is usually not an option. Making the most of Pierce’s extensive set of skills, along with subterfuge and stealth, is paramount… though escaping the gaze of the Great Dreamer may ultimately prove futile.


Call of Cthulhu is out now for PlayStation 4, Xbox One and PC.
Posted 1 year ago by Mr Flawless