Telltale Games have announced that their latest title The Walking Dead: The Final Season, will be getting the disc based treatment that the last few titles they have produced have received.

The disc when it launches will grant you access to the whole final season, the disc will have the games first two episodes already loaded onto it, but the further two remaining episodes will be granted to you by way of an unlock via the disc once the episodes are made available on the marketplace.

The disc will be launching in all good stores on November 6th for a price of $29.99 or your region equivalent. Which means it should release on the day the third episode becomes ready to download. If you need a heads up of the release schedule for the title then you can check it out below: 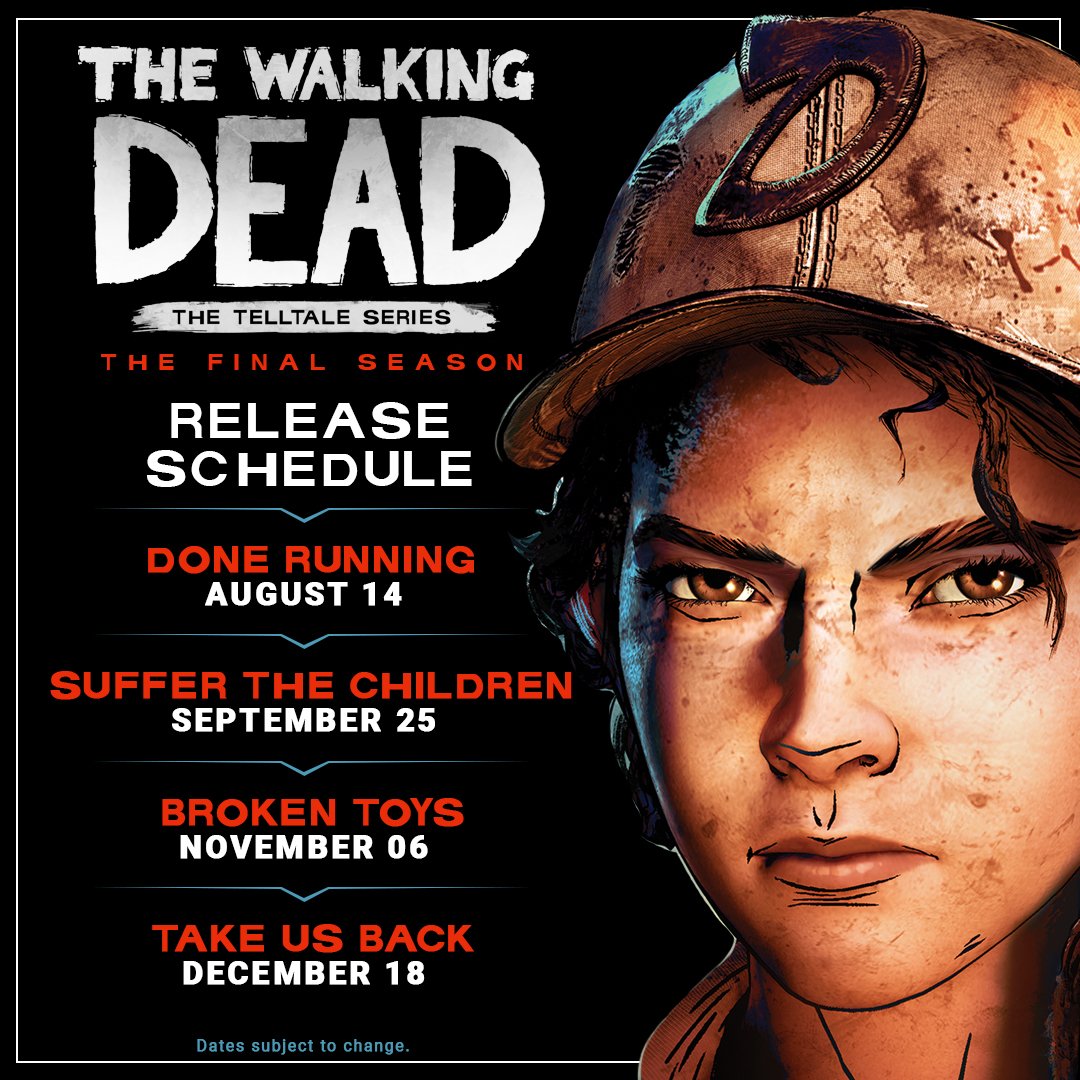