Home News PUBG Next Update in the Works 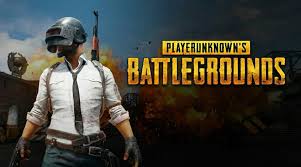 While map selection has been doing the rounds in PUBG on PC for some time now, the feature will soon be making its way to PlayerUnknown's Battlegrounds on Xbox One, according to the game's developer. There are, of course, other fixes and features also in the works.

First off, we want to thank everyone for the feedback last week, both positive and negative. Each of these Community Posts are intended to give more visibility on what we’re working on and we will continue to address players’ questions and concerns.

While there were no hotfixes this week, we are currently working on a patch that will improve and resolve many of our current issues, which we hope to deploy by next week. Keep an eye out for more information as we get closer.

Our current plan is to have map selection available by late Summer / early Fall. The final date isn’t confirmed quite yet as we are putting extra focus into improving performance first. We know this is a feature that many of our players want, so it is definitely high on our list to implement on Xbox as soon as possible.

Character Position Readjustment happens when there’s a conflict between a player’s location client-side versus server-side. When this happens, the player’s location is forced to the last position the server confirmed them at. Visually, this looks like the player is teleporting back to a previous position.

Simply put, the strained server thinks you should be somewhere else than you’re currently seeing yourself and moves you to that position. This happens mostly in the early game as the server is at a higher load while trying to handle the location for all 100 players.
To remedy this, we’re working on a server side update, which should improve the handling of players’ locations and the resources that task requires.

Hit registration in general has had a few different complaints from players. They are all very different, but are being addressed in the same way. We’ll explain each in detail below and what we’re doing to fix them.

Many of the reported hit registration issues are related to the lack of limb penetration.

PUBG calculates damage differently depending on where on the body a player is hit, such as feet, legs, arms, and hands. Different parts of the body have different modifiers for how much damage reduction, with limb hits causing less damage than body and head. This often times leads to cases where a shot is fired, and would hit a target’s head, but instead hits the target’s hand or arm as they raise their weapon to aim down the sights. From the shooter’s point of view, they nailed their headshot and report the case to us.

The main culprit here is that bullets do not penetrate limbs in the game right now. To fix this, we will be introducing limb penetration, which will calculate whether there are any body parts behind the shot limb and calculate the damage as if it hit the more vital area. While we do want to implement this as soon as possible, we’re currently working on optimising the limb penetration system to reduce the resources it uses, so there is no negative effect on performance or gameplay when we do roll it out.

Other reports show that damage is taken after cover has been taken, or when there is no clear line of sight. This is due to the ping difference with the player and the server.

This happens mostly because the physical location of the two players are different. E.g. NA located player playing on EU servers.

There have also been some reports where shots do not register on a targeted player and no damage is applied, even at close distances. Although this is extremely difficult to replicate this in controlled conditions, we are working hard on finding the reproduction steps so that we are able find the cause of the issue and fix it.

The Only GOOD Bug is a DEAD Bug:

There are two more bugs, alongside the hit registration bug mentioned above, that we could use some additional help from you with, as their reproduction steps are more complicated than the majority of other issues. Replicating issues reliably every time helps us investigate and resolve the problem quickly and your help greatly speeds up this process. If you have any extra details such as which version of Xbox One (OG/S/X) you’re using, type of connection (wired/wireless), game mode (FPP/TPP - Solo/Duo/Squad), the actions leading up when the bug occurs, or any other information that might help us find the similarity between each occurrence, please include these in your reports and try to provide as much detail as possible.

This one’s been tricky to nail down the exact cause of. We can reproduce it, but not with a 100% success rate, which is hindering our investigation. If you experience this bug, please comment in this thread with a detailed explanation of the situation and actions leading up to when the bug occurs, so we can look for the similarities between each occurrence. Please provide the details listed above as well if you are able!

Surprisingly, we’ve found that these two bugs are actually related. Sometimes a player teleports during vaulting, moving to an entirely new location. Usually, the player is returned to their original location due to the client-side/server-side checks, but occasionally a player will be teleported out of the playable map area and is not able to be moved back in.
When this happens, the teleported player is not affected by the blue zone and doesn’t take damage. If they decide to stay in the game until the end, that player will basically win by default because the other players in the map will eventually die to the blue zone.

The good news here is that fixing the teleport bug will also fix the invisible winning player bug as well. The bad news is that due to the bug not being able to be reproduced 100% of the time, it is taking longer to find the cause and apply a fix, so we’d greatly appreciate any detail you can provide, especially if you are the player who was teleported out of the play area.

As always, we will continue to closely monitor the community and all bugs and issues that are sent to us. Our goal is for our players to only have to worry about having fun in PUBG, and we get closer to that goal with every feedback post and detailed bug report you send. Your reports enable us to solve these issues faster than we would ever be able to on our own, so thank you for your continued support as we work to make PUBG as stable and bug-free as possible so you can just concentrate on racking up those Chicken Dinners!

No exact date when this will be implemented to Xbox, so we will stay have to stay vigilant. What’s your favorite map?