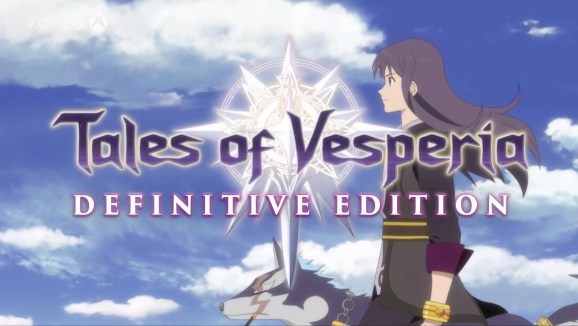 Follow Yuri Lowell, a resident in the Lower Quarter of Zaphias and former Imperial Knight, as he accepts a mission to retrieve a stolen Blastia Core used to regulate his neighborhood’s water supply. This simple mission spins into a series of events that finds Yuri befriending a colorful cast of characters, traveling to exotic locations, and being pushed into the middle of a nefarious plot that threatens the destruction of the entire planet.

Tales of Vesperia: Definitive Edition features two new fully playable party members for North America; Patty Fleur, a young pirate searching for her lost memories, as well as Yuri’s rival and best friend, Flynn Scifo. Along with these two new playable characters, Tales of Vesperia: Definitive Edition will include additional scenarios, locations, and costumes that will be all-new for Western players.

Tales of Vesperia: Definitive Edition uses a specialized version of the TALES OF series’ Linear Motion Battle System for combat. Players control a single party member in real-time combat while the other three party members are controlled by a customized set of A.I. commands. Players can swap between the four characters at any time during battles and can perform both physical and Mystic Artes attacks.

“Tales of Vesperia holds a special place in the hearts of many TALES OF fans around the world,” said Abelina Villegas, Associate Brand Manager for BANDAI NAMCO Entertainment America Inc. “The Japanese version of the game, with additional content not seen in the original North American version, will surely delight fans. We are excited to bring Tales of Vesperia: Definitive Edition to TALES OF fans outside of Japan, and whether players choose to play on PC or consoles, they will have more content to explore and enjoy.”

Tales of Vesperia: Definitive Edition will be available for the Xbox One, PlayStation 4 system, Nintendo Switch, and PC via STEAM this winter.
Posted 2 years ago by Mr Flawless