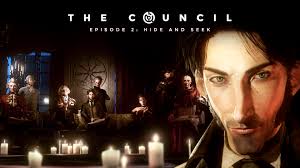 
The Council Episode 1 ended as most episodic games do with a huge cliff hanger at the end of the episode.  Episode 2 picks off right as the first one ended and has you investigate the death of Elizabeth Adams as asked by Lord Mortimer.  So how does this episode size up?  Time to dive in and see if choices had a lasting effect and whether or not Big Bad Wolf can keep the surrounding mystery in this game interesting.

Story and Gameplay 9/10
I’ll be keeping the same score here as the first episode.  The story becomes much more intriguing as you try to uncover why Elizabeth Adams is dead and who did it.  It has quite the Clue feel to it as you enter the room with her body lying on the floor and it turns out there was more than one person at the scene of the crime.  You are then tasked with questioning everyone to put all the clues together and find out who did kill the girl.

Now this is only the first quest of 3 the other two while far less in depth of an experience deal with you trying to find your mother.  All the puzzles in the episode are well put together and well thought out with n puzzle or clue really repeating itself.  Since I played this without a help from a guide I was writing down carefully crafted notes on where I believed the next clue to be or any clues showing who had killed Elizabeth Adams.  I was enthralled in the experience it really made me feel like a detective as I careful used skills to help me move through the quests.

The gameplay is exactly the same as the first; you go around interacting with different people, collecting multiple different items, and solving disputes and using clues to complete your quests.  While you can useless coins (well useless in episode one and two at least hopefully they will be used in a later episode) there are some very useful collectables you can grab.  There are books that help boost certain skills and consumables that have one of 4 effects which are:  The next skill you use has no energy, see whoever you are talking to immunity’s and exploits, an item to get rid of all negative effects, and a item that gives you back two energy.  Speaking of energy you can collect amber and 4 pieces of amber get you another energy box you can have.  There isn’t much change here.

While I found myself more engaged with this episode it didn’t quite reach that 10/10 status as the problems I had with the first episode persisted into this one.  I kept having frame rate issues while going along a wall searching for items, and while the first episode was 4.5 quests long.  This one was only three.  I just wanted more out of the episode then I received however it was very obvious they spend a lot of time on the puzzles which I appreciated.

Graphics 7/10
There was little to no change in graphics here once again they aren’t bad but they aren’t amazing.  It’s a very stylistic approach and it my option it pays off.   I really felt like I was in a comic book and the drawings were coming alive around me.   I love how the game looks and feels and their score went up just a tad here due to the attention to detail given in the new areas to explore.  I was impressed to say the least.

Can you discover who Von is working for?

I love it when a developer listens.  While the voice acting for some characters remains lack luster and empty of emotion aka the main character, more and more characters began to show that they did in fact have feelings.  The voice acting has taken two steps forward and I was finally able to resonate with a handful of them.  Maybe because someone died and that was the straw who broke the camel’s back?  Whatever it was it really made the characters finally feel alive and made me feel like part of their world.  Amazing job Big Bad Wolf, I only hope to improve more and more every episode. 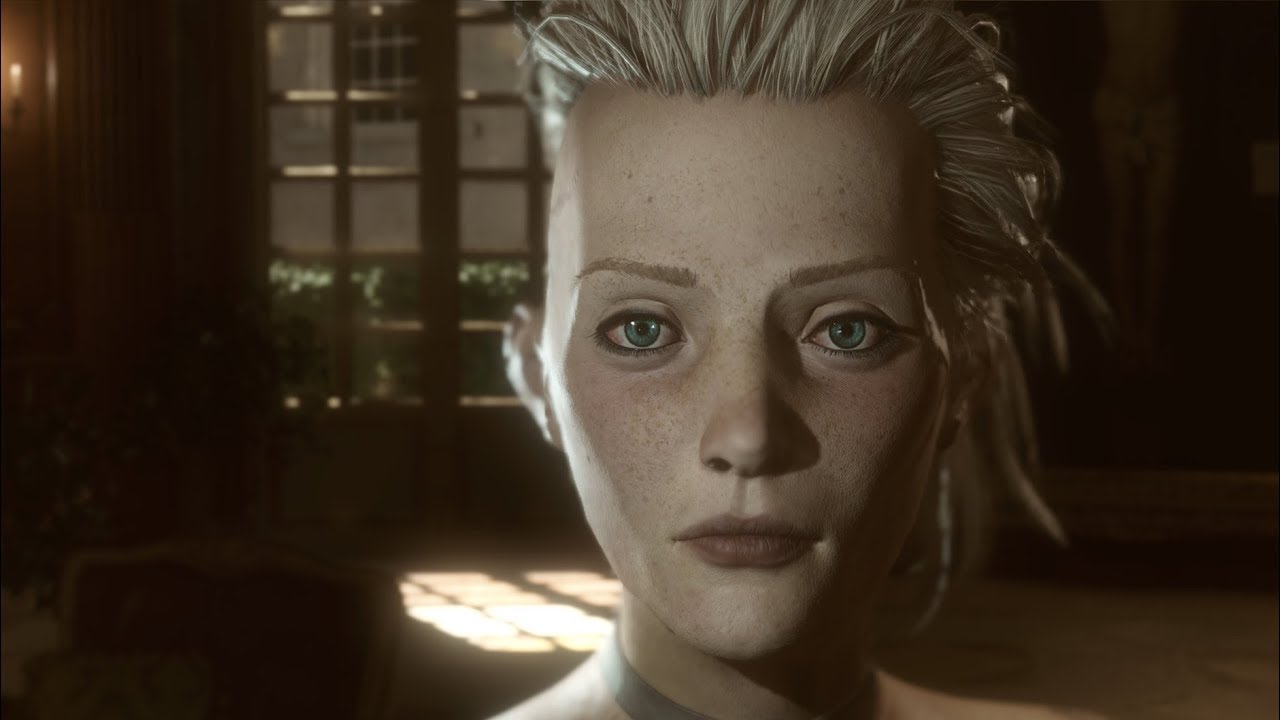 Can you solve the mysterious circumstance revolving Elizabeth’s death?

Difficulty 3/10 to 5/10
This is the first time I have ever given a game two difficulties and let me explain.  While beating the actually episode is 1 3/10 due to the items to refill your energy and the clues you can get from using said energy to help solve almost every puzzle becomes a breeze.  It was a little harder to find out who actually killed Elizabeth Adams.  While there is no achievement or well anything for doing so I found myself compelled to solve this girl’s murder to the absolute best of my ability.  While this is only one example in the game (trying to stay away from spoliers)  I found myself a couple times not satisfied with just beating the game, I wanted all the answers that every character could provide me with and that took time and planning to do so.  So if you , like me, find yourself compelled to push for more in this game you will get some bonus talents and it’s very satisfying to find everything out in every quest.

Big Bad Wolf what have you done?  There is only 3 measly achievements with this episode.  There is one for completing every quest and for all three you only get 90 gamerscore.  Now it’s true there are a couple of achievements you can get from the first episode in here including: reach level one with 10 skills and reach level 3 with one skill but I already had both of these going into the episode.  Most people might not have the one for reaching level 3 with one skill but other than that there’s nothing else here.  It’s incredibly sad to see such a great achievement list for the first episode to be given this achievement list for the second.

Looking ahead it looks like that will be the remaining theme for the remaining 3 episodes as well. 3 achievements for 90 gamerscore and one achievement for reaching level 15.  Hopefully they do add some additional achievements in the future to help their cause because I’d love to have a reason to replay the game and make the exact opposite choice for a different achievement.

This game took 2 steps forward and one step back in the long run.  The lack of achievements really left a bad taste in mouth despite the fact that I really did enjoy the experience the game brought me on.  It’s a step in the right direction for the developer and if they keep improving this game could be one of the finest episodic adventures I have ever seen let along one of the best point and click adventures games I have ever seen.  It is well on its way I can only hope the issues most gamers have and will have get addressed and if they aren’t well, I can tell you right now this story is still amazing.   The Council Episode 2: Hide and Seek is a wonderful experience with a few to many drawbacks but I highly recommend giving it a go for the story alone.