Home News Nightmares From The Deep 3:...

The third installment of the Nightmares from the Deep follows the Mother and Daughter duo from the first two games.  While messing with artifacts the daughter gets kidnapped by none other than Davy Jones.  The mother, who needs to find a new line of work, sets out to rescue her daughter but finds a curse that must be lifted.  So how does this game stack up to most point and click games?  Let’s dive in.

This duo is better at getting captured then Princess Peach

Story and Gameplay 7/10
The story as a charming reality which we aren’t use to seeing in these games where ghost girl and Davy Jones parallel Sarah and Cory (the mother and daughter)  The story ends up being quite emotional to my surprise.  I was really invested on who the ghost girl was and how this trilogy was going to come to an end.  The developers did an amazing job in keeping the player invested in the world and always having multiple objectives for the player to work on.  The skeletal ghosts of the pirates still living in the cursed island kept the banter up as always, and even had me laughing here and there.  As always with these games there is a bonus chapter at the end of the main campaign.  It picks up straight where the story was left off, and concludes the saga for good. There was also, rather surprisingly, a moral choice to be made along the way. It would be quite wonderful if there were more of those in the future Artixex Mundi games.

As far as the gameplay goes there isn’t much here that we haven’t seen.  It’s your classic point and click game with many puzzles and hidden object scenes.  If you have played any of their games before you know what to expect.  If you haven’t that’s why I’m here.  The puzzles, while easy, get you to take a break from the mundane “collect-a-thon” point and click games always are and while this game is still that it finds a nice balance between puzzles and using items to get other items.  I never really found myself asking where to go everything the game gives you added up in the objectives you had which was always nice

One of the many funny skeletons in the game

Graphics 5/10
This game is colorful, varied, and interesting to look at and interact with.  The environments themselves are exactly what I wanted them to be.  I never felt overwhelmed with everything on screen which is saying something when during a hidden object scene close to 100 things would be there.  However the reason it finds itself so low on score here is the animation.  Not all the animation is bad but when it comes to something large moving the cut scenes play like a child’s picture book.   By that I mean whatever is moving just jumps a couple of frames and eventually reaches its destination.  Now this is the same as every game they have ever made and they have never improved on it the worst part is the facial animations.  Every time anyone in any of their games decided to talk at the screen I can no longer watch it.  It looks like two invisible fingers are just morphing their face to show that there are talking, it’s awful.  But other than these points the game looks great. 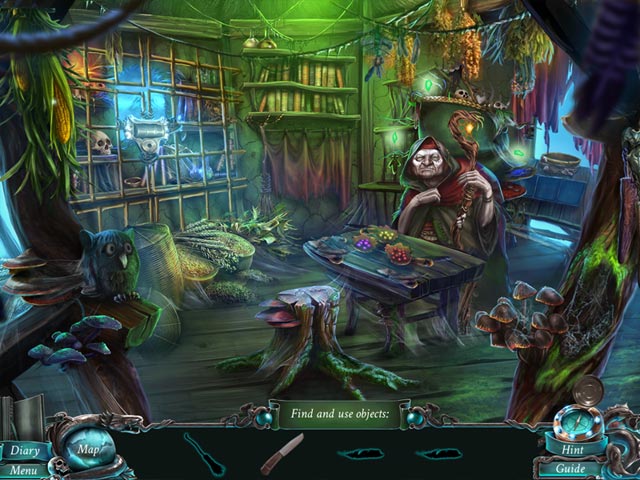 Sound 4/10
The music is ok and has that pirate theme to it but the voice acting gets me every time.  It’s always the same voice actor for all of their games and well she likes the girl from Twilight because she has no idea what the word emotion means.  Honestly everyone else’s voice actor does an amazing job in bringing me in but every time the character I was playing as talked I thought she could care less about her daughter.  Sadly this is where the game fails every time they do it there games always look great, play great, and are fun but the sound always brings their scores down….at least for me.

Have to save this ghost girl and your daughter….the stakes are high!

Difficulty 1/10
Time is your only enemy here because if you do get stuck there is a button you can hit for a hint that recharges over time.  So you might have to wait awhile if you can’t figure it out but once you do the game tells you exactly what to do.  This button also lets you skip puzzles altogether if you can’t figure them out making the game extremely easy.

Achievements 7/10
I loved what they did here.  The developer has had a string of games now that require two full playthrough of each of their games .  Now you are required to only complete one playthrough and about 20 minutes of a second one.  I also liked the addition of having to click on certain animals for an achievement instead of collecting items that do nothing.  It was a break from the formula they had been using for years. 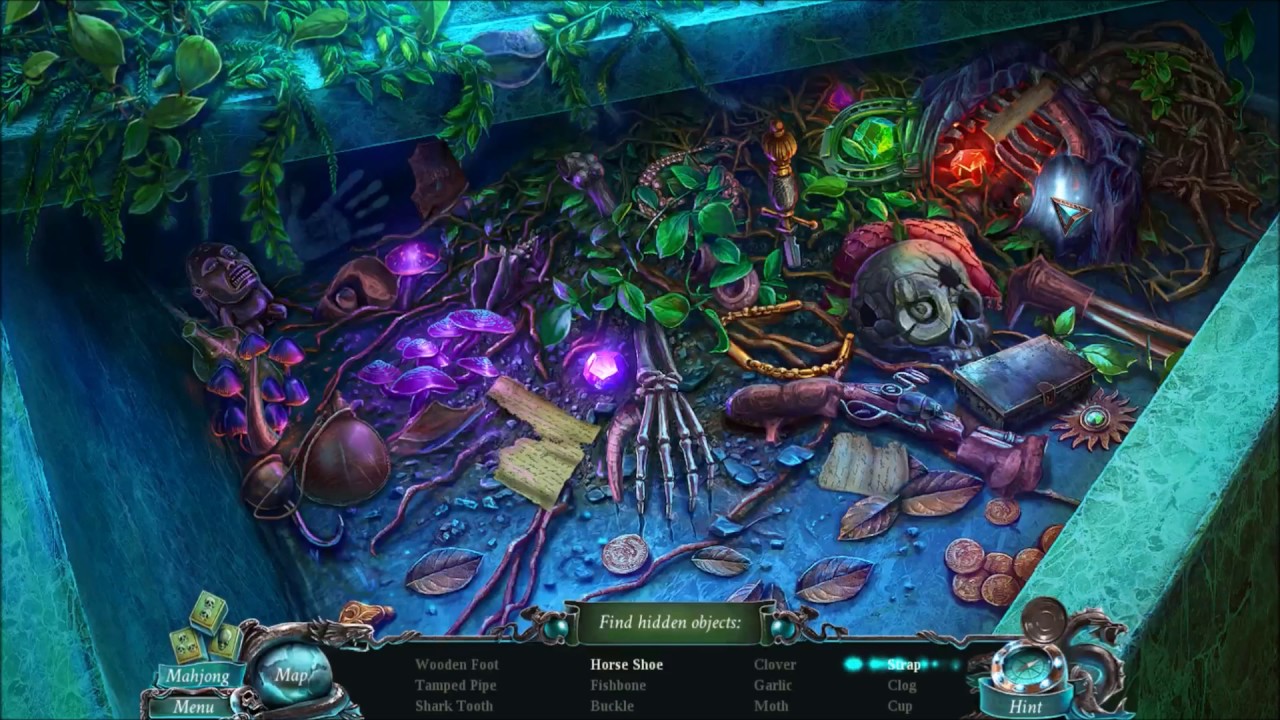 While the bad voice acting and animation was a downer I really did enjoy this game far more than any of them in the series and honestly it’s the perfect end to the trilogy, so hopefully the mother is done messing with artifacts from the ocean.  I wanted to know the story and was very pleased I did take the time to learn it.  During my playthrough of these game there was 8 and a half hours of total gameplay and every single achievement unlocked.

Nightmares From The Deep 3
Category Details