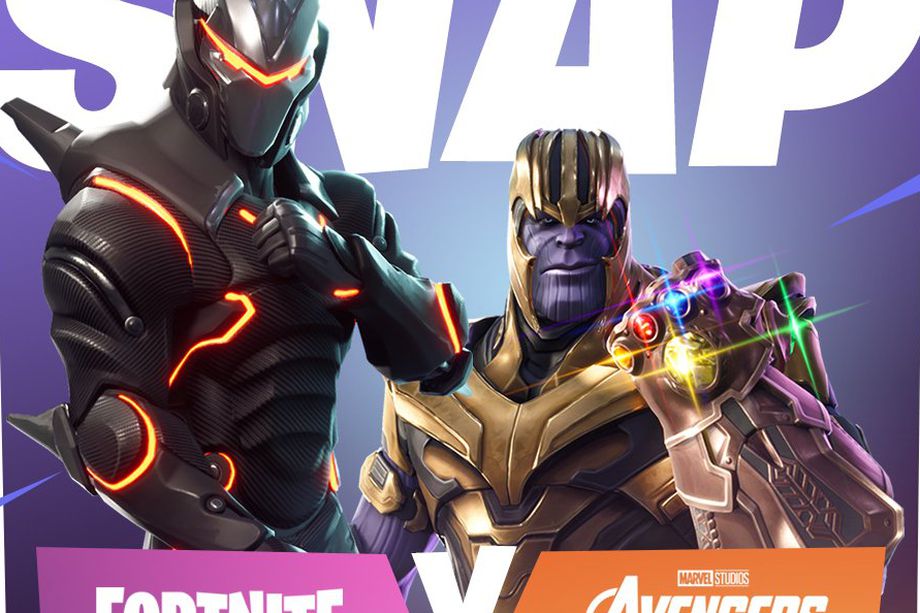 Looks like Fortnite will be riding the hype train of the latest Avengers movie as a “Infinity Gauntlet Limited Time Mashup” mode for Battle Royale will be making it’s way to platforms everywhere tomorrow.  It is supposed to feel just like a standard slugfest with one major difference.  One hundred players will descend upon the map and fight until one player is left standing, as usual, but this time you’ll do so with the Infinity Gauntlet in play.

The artifact containing all six Infinity Stones the same one Thanos used to cripple Earth’s Mightiest Heroes on the big screen will appear on the map. Whoever finds and equips it will transform into Thanos himself, wielding all the power that comes with him.

There will not be any Avengers skins with this update witch makes sense due to all of the superhero skins just released.
Posted 2 years ago by Mr Flawless