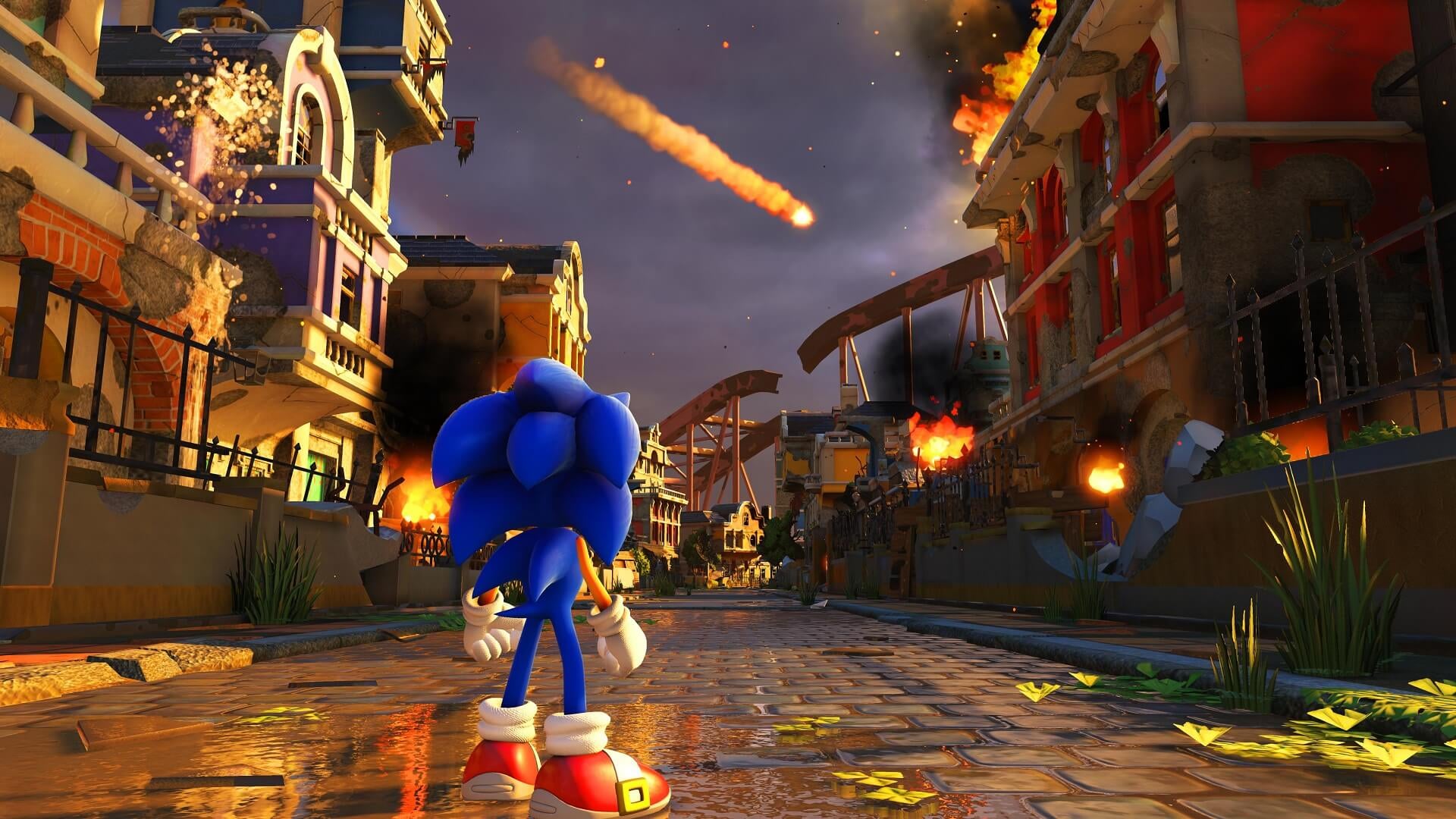 The big blue hedgehog returns with his very own soundtrack....the metal version of the hedgehog anyway.  Metal sonic returns with a remix of an old favorite song for sonic fans and it fits the metal blue ball of terror perfectly.  Here it is:

Also, another video has been released giving us a first look at the new tag team gameplay where "Modern Sonic" and your very own custom character will team up and work together to clear levels. Sonic will lead when using his speed boosting abilities and the custom character will lead when their Wispon abilities are in use. Take a look at the gameplay, which also reveals a new Wispon known as the Cube Wispon. It allows the Hero to freeze enemies in "block-like prisons and ultimately pulverize them into oblivion."  If Sonic fans have played the game Sonic Heroes the gameplay is almost exactly like that.  Check it out: