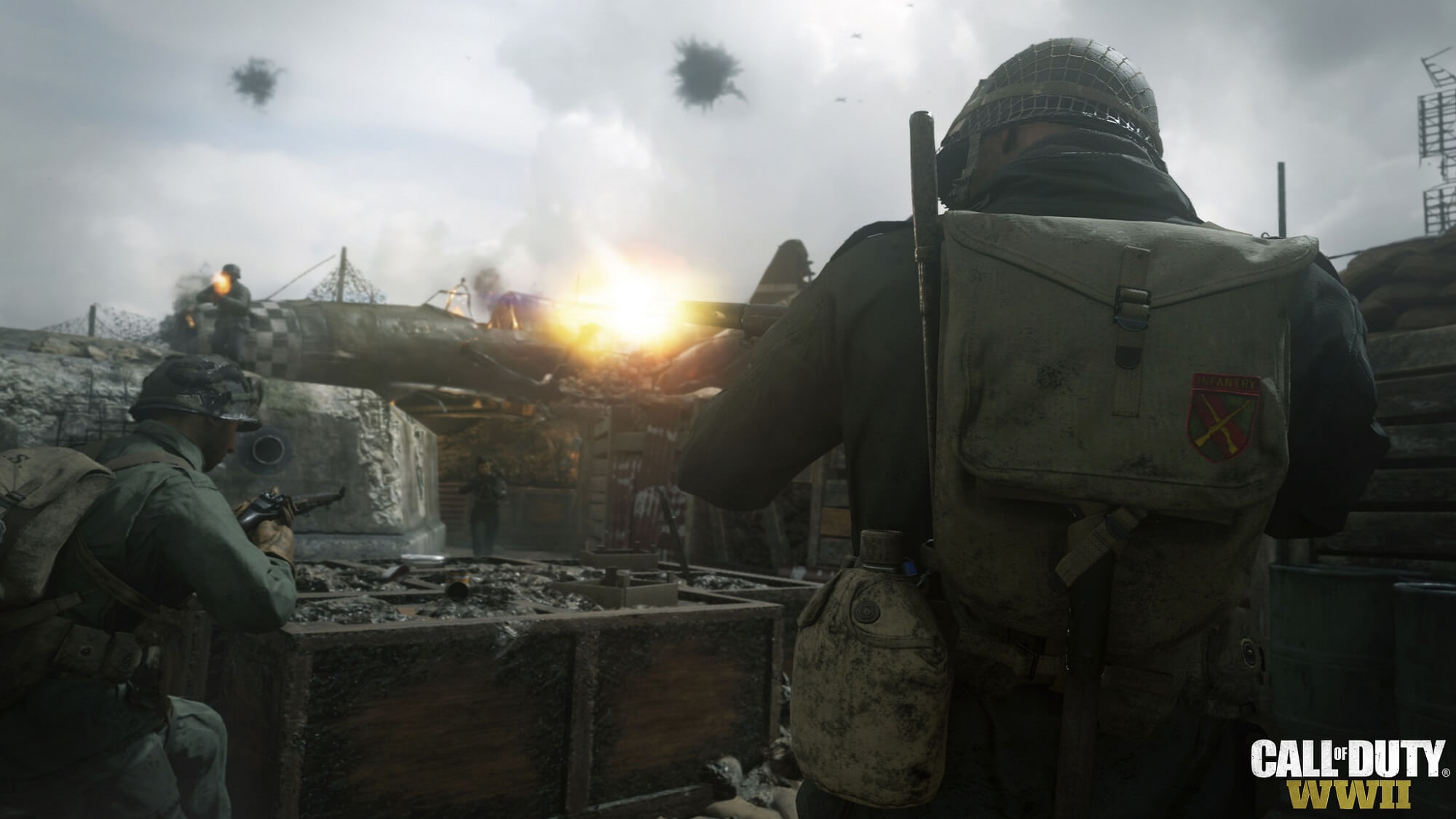 Sledgehammer games have revealed some details about the upcoming classes in the new CoD game and with the beta less then a month away it's no surprise.  Five divisions, which are the five multiplayer classes, have their own unique skills and training.  Below we have the notes from sledgehammer.  It's a lot of information so read on dear reader!  READ ON!


1. Armored Division
This Division specialises in laying down a withering offense to buy their team breathing room. Their bipod-equipped light machinegun shreds lightly armoured targets, while their armour protects them from enemy explosives, tactical equipment and flamethrowers. When extra punch is required, the Anti-Tank Grenade sticky bomb is the ideal choice.

Division Skill
LMG Bipod III: Protect territory by mounting your machinegun on ledges or while prone for less recoil

2. Mountain Division
Remaining undetected, this Division excels at covert operations and stealth gameplay. When armed with sniper rifles, the Mountain Division prefers to stay at a distance, waiting patiently for the perfect shot. If detected, smoke grenades and the S-Mine 44 “Bouncing Betty” provide opportunities to escape or retaliate.

3. Airborne Division
This maneuverable Division is usually the first to the fight, parachuting into the thick of the action. Armed with suppressed submachineguns, these frontline fighters excel at taking and holding enemy positions until more heavily armoured reinforcements arrive.

4. Expeditionary Division
Armed with a hearty supply of explosives and tactical equipment, the fighters specialise in sabotage, infiltration, and close-quarters combat. Their special Division Skill loads devastating incendiary shells into their shotguns to set fires and terrorize their opponents.

5. Infantry Division
As all-around combat specialists, the Infantry Division emphasizes marksmanship and rarely misses their shots. Special training on the use of the bayonet makes Infantry riflemen a threat at all ranges.

Division Skill
Rifle Bayonet III: Special training on the use of the bayonet makes Infantry riflemen a threat at all ranges.

The first beta weekend for the newest CoD installment starts at 10 a.m. PDT on September 1st and continues until 10 a.m. on September 4th and the full game will be released on November 3rd.   What looks your the class you will be spending the most time with?
Posted 3 years ago by Mr Flawless

Call of Duty: WWII    Xbox One