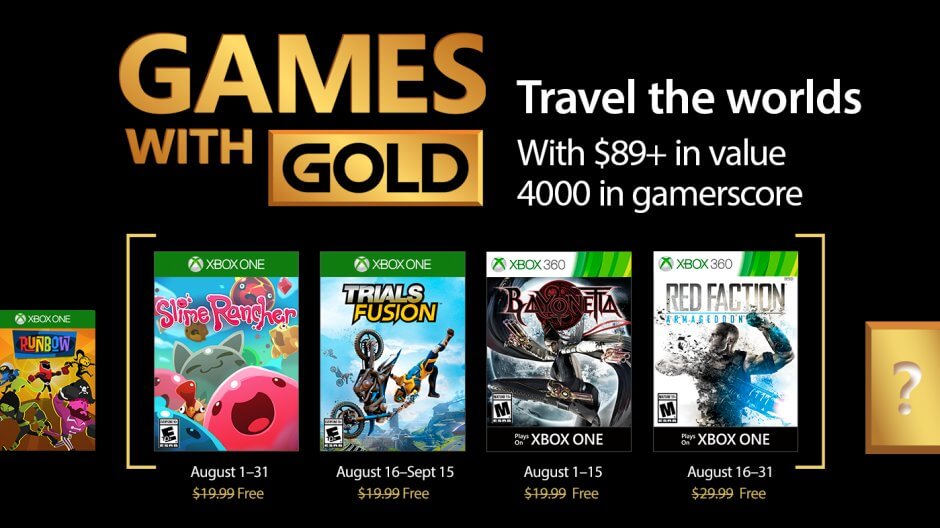 As we reach the end of July we must look forward onto August and it's list of Games for Gold.  This time we have:

And as always Xbox has releases a mini video for the upcoming Games for Gold:


There are plenty people upset about slime rancher releasing for free as many people bought it during the preview program of it for real money.  But are you excited about any of the games this month?