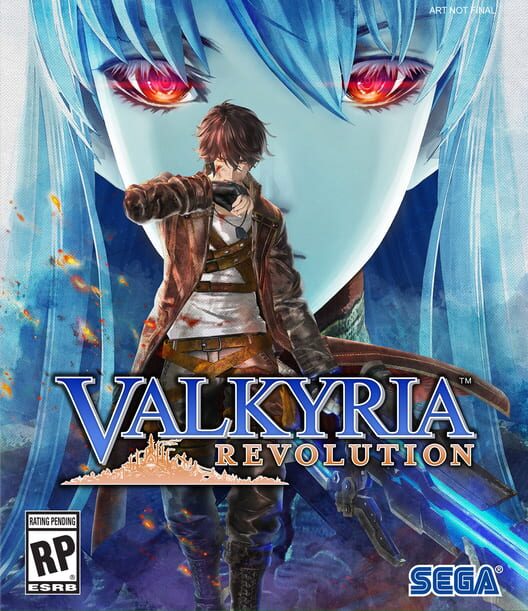 Valkyria Revolution is an RPG previously only available on PS4, it has made it's way over to Xbox and PC as of today.  It's a very deep RPG from a customizable standpoint that truly out does most RPG's of it's style aka JRPG's.  It has a marvelous story and keeps the player questions just what is going on and if you truly are on the side of good.

Gameplay and story 9/10
The story telling is phenomenal in this game it's not your average "We are the good guys and you are the bad guys" or Red team vs. Blue Team story.  It's a story about how 5 people end up starting a war with one of the worlds largest powers and what that does to a country.  The Five traitors have put themselves in strategic positions including a spy, a high level officer for the government, a journalist, a manufacture for weapons, and finally a captain in the military.  Each one has a role to play some are obvious but for example the journalist sways the public into believing the war is for the best.  Without giving to much away it's a story worth exploring and it let's you have your own opinions on what you think these "traitors" are doing.
The gameplay isn't anything new as it plays like old Final Fantasy mixed with Dynasty Warriors.  However the amount of customization is what makes it stand out.  You can customize your armor to have certain attributes based on what you ask the workshop to make it with, you have a skill tree that you can use to customize each different character, and a plethora of spells you get for defeating enemies and winning battles.  It has a strategic element as well you can avoid certain battles if approached correctly, you can fear soldiers by killing their commanding officers, and hit the weak points of giant metal machines by taking out their appendages.
One thing that stands out to most RPG's that have come out recently like FFXV is your stuck playing as the main character even though they give you more then one class of weapons to use you are stuck with him or her.  In this game you can play with any character you wish from a heavy wielding axe man or a rapier wielding princess the choice is yours.  This again let's you choose how you want to approach any fight and find a path to victory.

The only downfall is that every cut scene must load and when there is sometimes 5 cut scenes in a row it does tend to stay with you.  However as the game goes on their seemed to be fewer but longer cut scenes between the action.

Giant scorpion? No problem for Caption Amuleth and the Princess Patrol
Graphics 7/10
Now it isn't anything that needs 4K graphics but it has a distinctive enough art style.  Now I defiantly had a moment where I bad a flash back to Sonic '06 but the art style fits the game.  It's colorful and takes detail very seriously as you can notice many different civilians walking around as well as the world moving in the back by that I mean trolleys going around the city and flowers and plants blowing in the wind. The world feels real and although not every soldier is different there is a nice variety of different classes and ranks that keep it fresh.

Sound 9/10
A truly remarkable soundtrack it has songs that fit each mood the story takes you.  I for one have just the title them stuck in my head as I'm writing this.  Every song is unique and rememberable  and fits into the story where it is playing.  The Valkyria theme as well as the song the Princess sings are the ones that go above and beyond anything I expected and I wish I had the money for the soundtrack because it is defiantly something I would listen to outside of the game.  My advice to you is to check out the Valkyria theme here:

It's truly beautiful isn't it?

She must get tired lugging those around...I mean that!  Her scythe!

Difficulty 5/10
The game isn't hard but some of the bosses drag out an since perma-death can happen to any character that isn't essential to the story you want to proceed with caution.  I personally played on normal (the highest difficulty available) and only had a couple go down and had to pick them up before the timer ran out.  My advice is to do all the side missions, repetitive as it will be it helps you understand the game better. I found myself getting better every time I did a mission avoiding more reinforcements and making the levels easier.

Achievements 7/10
As most RPG's you have plenty of story based achievements as well as some that require a grind.  While the kill 3000 enemies will come over the time of your playthrough some of the others will require to do free missions over and over.  On the plus side for the "Get an S rank in all story missions"  these are repayable so it cuts the grind for that as well.  The game has one achievement for every aspect of the game because it wants to explore the world you are in thus giving it a higher score. If there ever was a time to retreat...
Summary
The game tells a great story and breaks from the norm by telling a story from the perspective of someone in a gray moral area and let's the player decide if they are right or wrong.  With truly marvelous music and story telling this is one RPG that should at least make it to your list of games to play this summer.