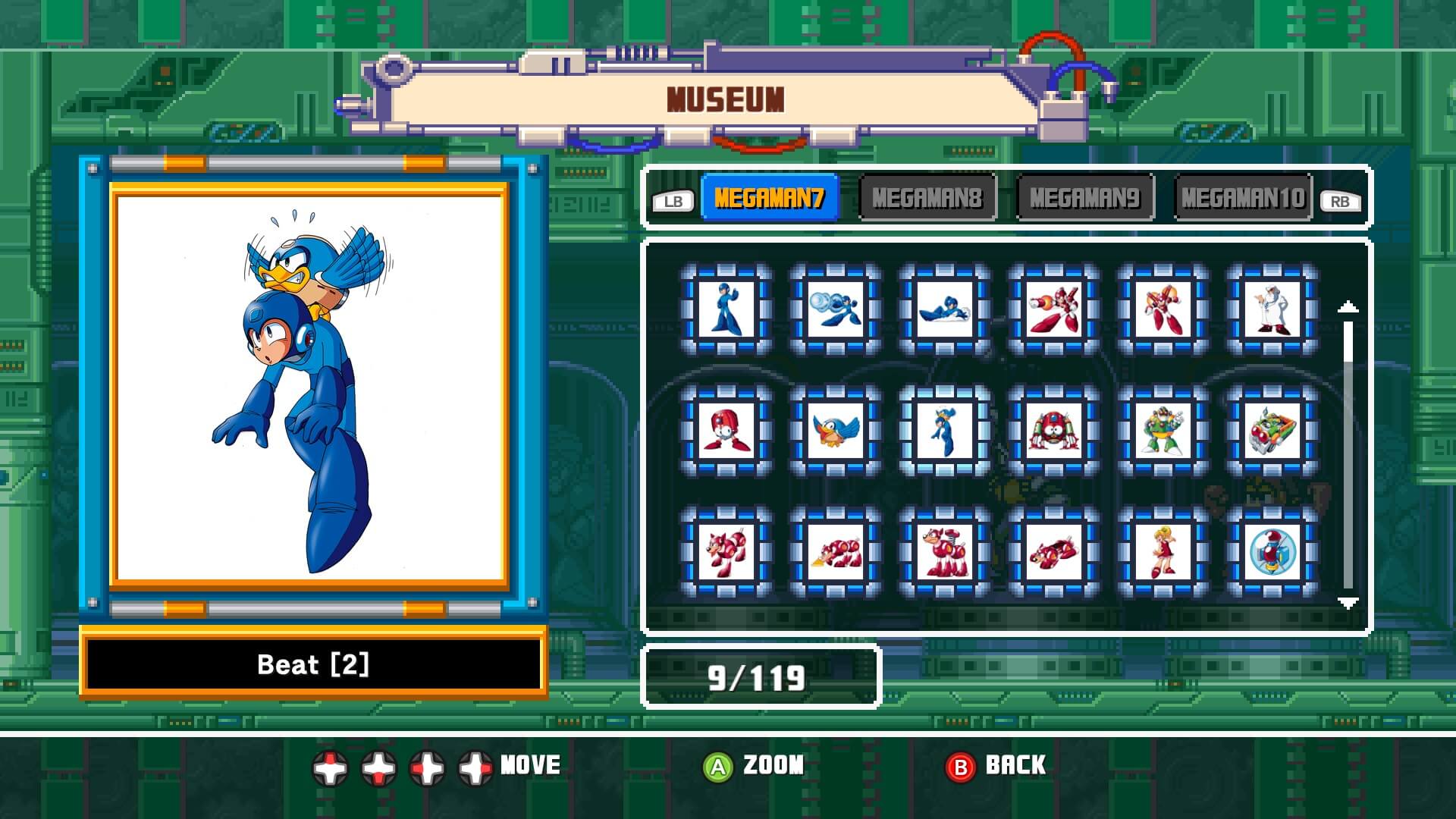 Capcom has just announced the next game for their famous blue bomber. The Mega Man Legacy Collection 2 will include the more recent games in the series. These are Mega Man 7,8,9, and 10. Mega Man 7 was first released on the SNES and was a 16-bit game followed by Mega Man 8 which was 32-bit but also had voice acting and even a couple of animated cut scenes. Mega Man 9 and 10 are probably more familiar to the Xbox world as they were released on Xbox 360 and are also backwards compatible on Xbox one.

Capcom has also introduced a museum of sorts. Which you can see in the picture above. It is meant to give a inside look to the history and art of Rock man, aka Mega Man. However it doesn't stop there as will be challenge stages for long-time fans. Since the Mega Man series has always been known for its hard and challenging games Capcom has added an "easy mode" options such as added armour and checkpoint saves for easy reloads. Check out the trailer below:


Mega Man Legacy Collection 2 will release on August 8th, now Capcom get to work on the Mega Man X Collection if you want the bug bucks.
Posted 3 years ago by Mr Flawless