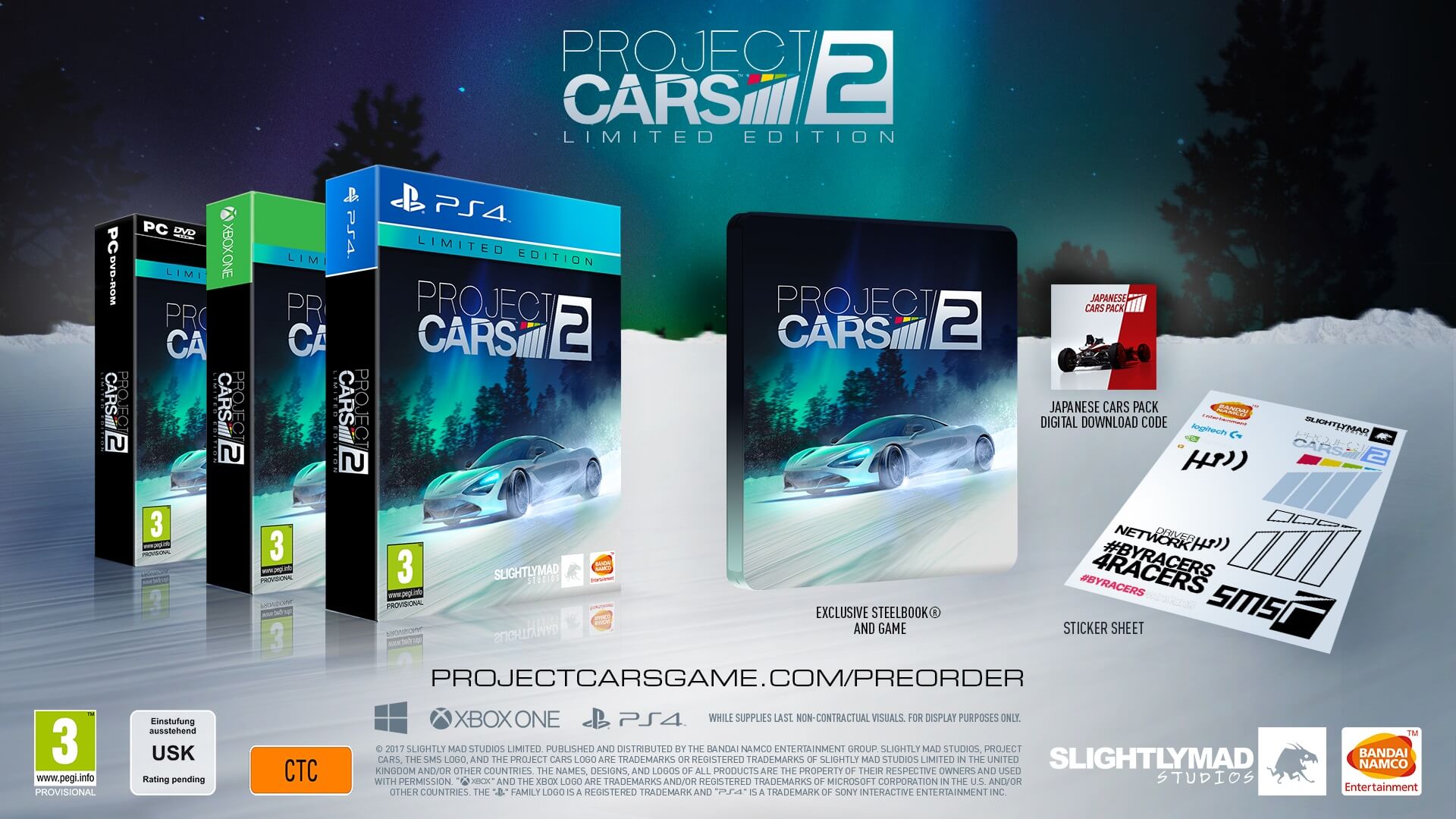 Slightly Mad Studios the developers behind Project Cars 2 have announced the four different editions and what they come with for the upcoming game. They have also listed 8 bonus cars. The McLaren 720S happens to be the car on the cover and seems to be the vocal point throughout the different editions include being able a model that is to scale. Here is the trailer that showcases the super series car:

In the trailer we see the McLaren 720S drift and accelerate through a beautiful looking track with a gorgeous background. Needless to say the graphics have improved since the last installment. As far as the editions go they are offering the standard edition, limited edition, collector's edition, and ultra edition.

In the standard edition you will get the game and the case, there could be more but no details were given on this edition. 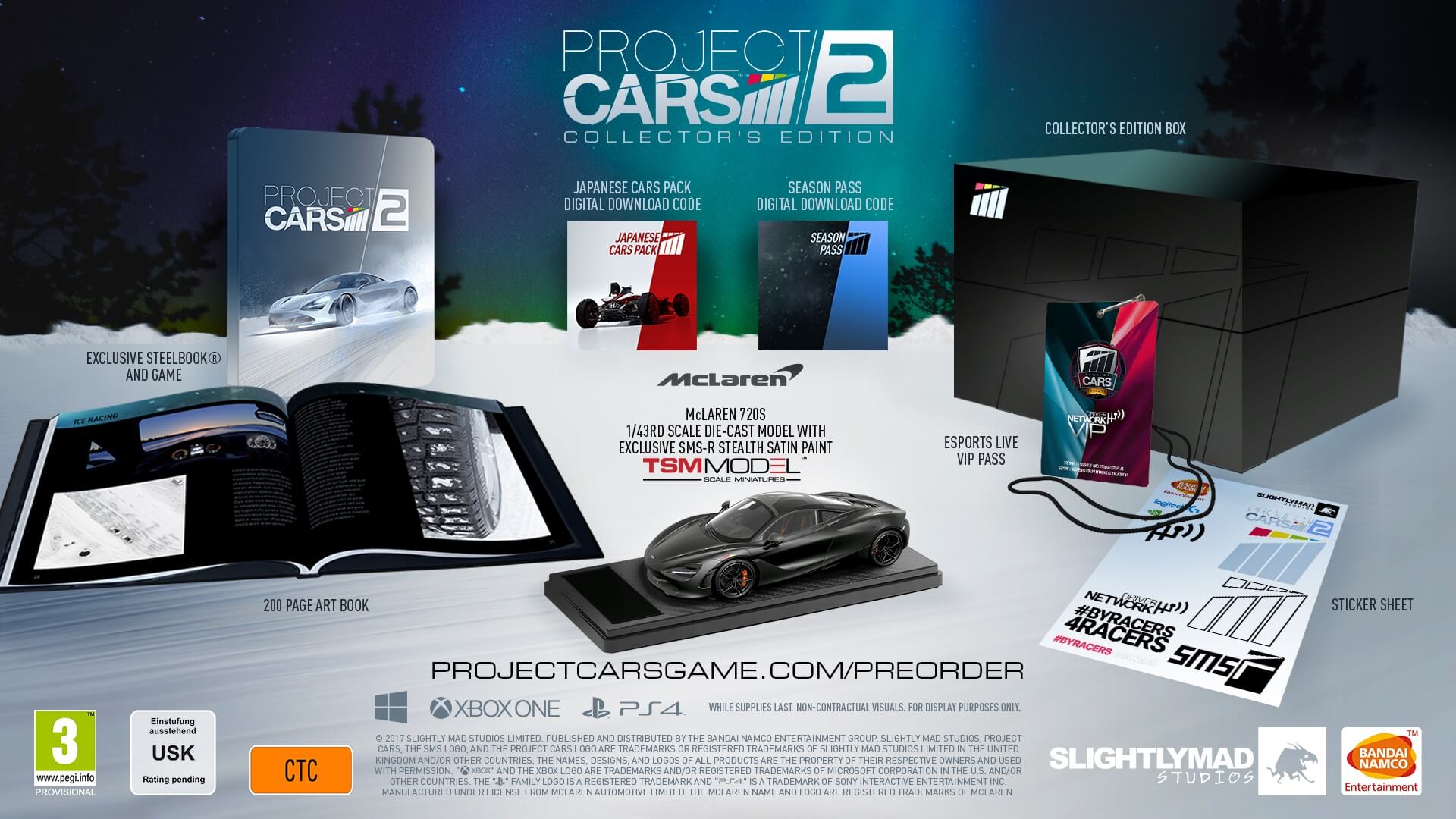 Lastly the ultra edition has a limited amount of copies, 1000 to be exact, and includes all of the above and also replaces the box with an ultra edition box, replaces the 1/43rd die-cast model with a bigger 1/12th resin model of the 720s, a McLaren 720s sketchbook, individually numbered cap, and a poster signed by the SMS team and Drivers of the SMS-R team.
Here's the picture of the ultra edition: 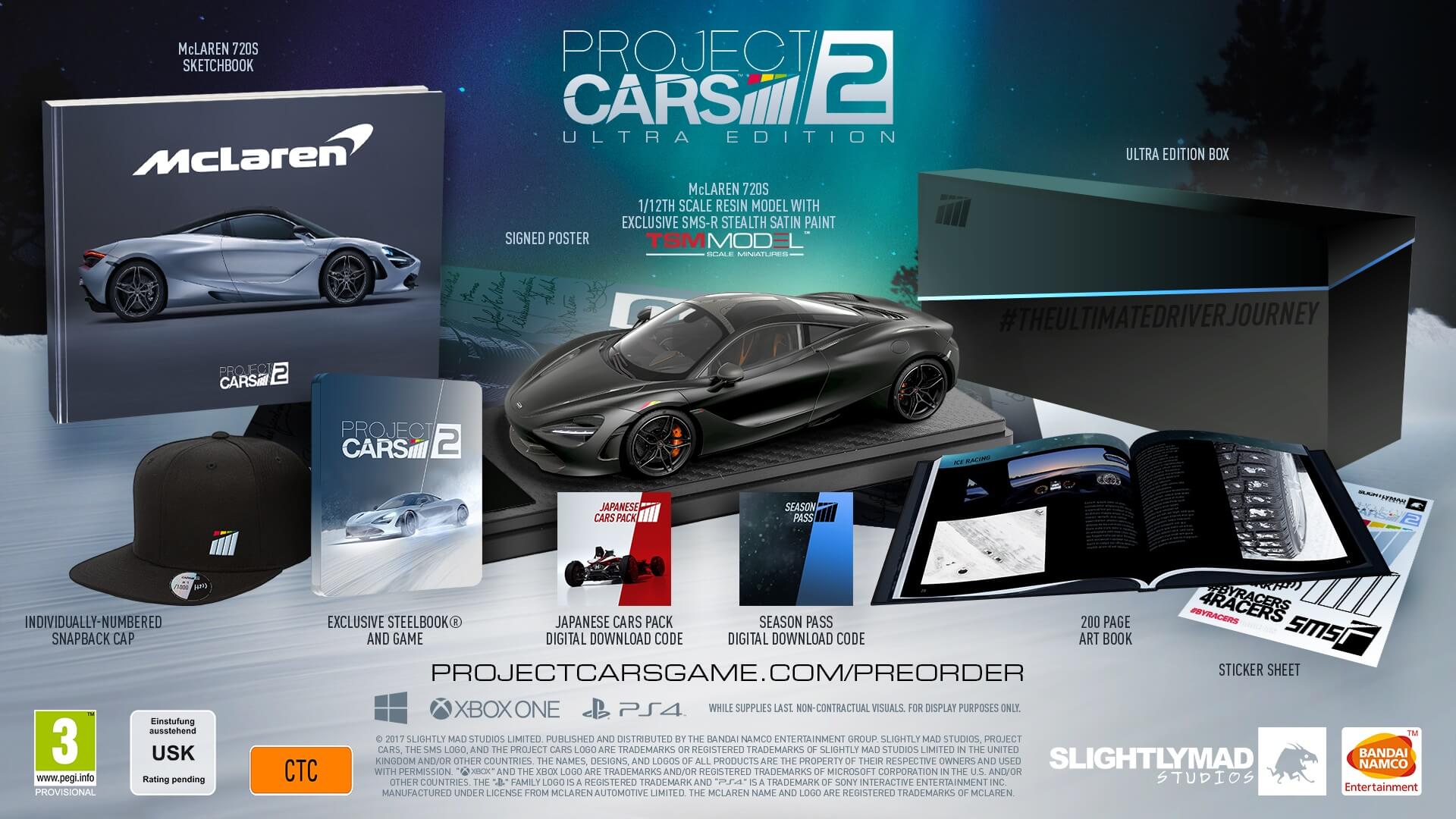 It's a lot of information but if you wanted to know whats include in the certain "packs" coming with the editions here's a list:
The Japanese car pack includes the Nissan R32 Skyline GT-R,the Nissan 280 ZX GTX, the Honda Civic Type R, and the Honda 2&4 Concept.
Season pass will have exclusive access to the 1974 Jaguar E-Type V12, the Panoz Esperante GTR-1, the Audi 1991 V8 DTM, and the 2016 Opel Astra TCR.

Curious what the e-sports VIP pass is? The developers had this to say, "Present this pass to any Slightly Mad Studios, or Bandai Namco staff member at Project CARS Esports live events anywhere in the world, and you will be treated to the full benefits that come from being a Project CARS VIP. Meet the team, jump to the front of the queue, or maybe even pick up some free swag!"

Project Cars 2 is expected to release later this year and will have over 170 cars.