Home News Tesla vs Lovecraft gets a... 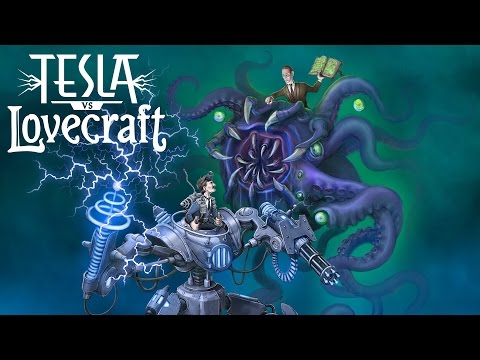 A new trailer for the upcoming top down shooter Tesla vs. Lovecraft has been released by the developer 10tons. It features everything you might expect with a game involving those two names. Waves of Lovecraft's most famous creatures including Cthulhu charge Telsa and his arsenal of weapons whether he is on foot or in his giant mech suit. Here is the trailer:

From the below trailer we can see Tesla will have a plethora of abilities as well including teleporting behind hordes and dashing through them.


Not much is known about a release date but Telsa vs Lovecraft is expected to release later this year.
Posted 3 years ago by Mr Flawless

Tesla vs Lovecraft    Xbox One