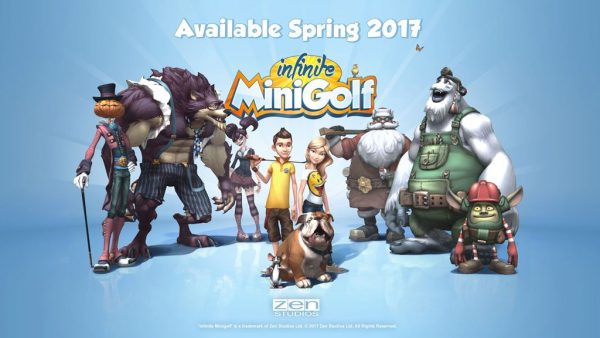 Pinball FX developers Zen Studios today have announced a new title that they have been working on called Infinite Golf. The game itself is a follow up to one of their previous titles which never came to Xbox entitled Planet Minigolf.

The game sees you play as one of the Zany characters Zen has created to create and play on courses that you decide to create no matter how hard or difficult they may be, once created you have the option of letting other Xbox Live players from around the world try to get high scores on the courses. The game will feature multiplayer support for up to eight players both being online and a separate local multiplayer support option too.

The game so far looks rather interesting and Zen promises that the game will feature true to life ball physics which I would assume have been taken from Pinball Fx and slightly adapted. you can view the trailer for the game below which is expected to drop later this Spring

Posted 3 years ago by DJ TapouT