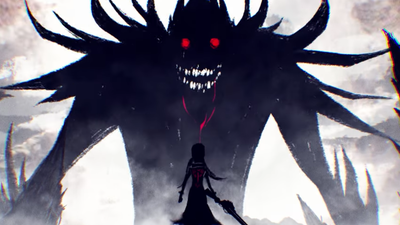 Bandai Namco has teased the upcoming project with a short video posted below. The publisher and developer of the game have said the footage shown is "original animation inspired by a new title in development by Bandai Namco Entertainment."
They're promoting the new project on Twitter with the hashtag #PrepareToDine. Which is a tip of the hat to their Dark souls series witch had the tag: Prepare to die.