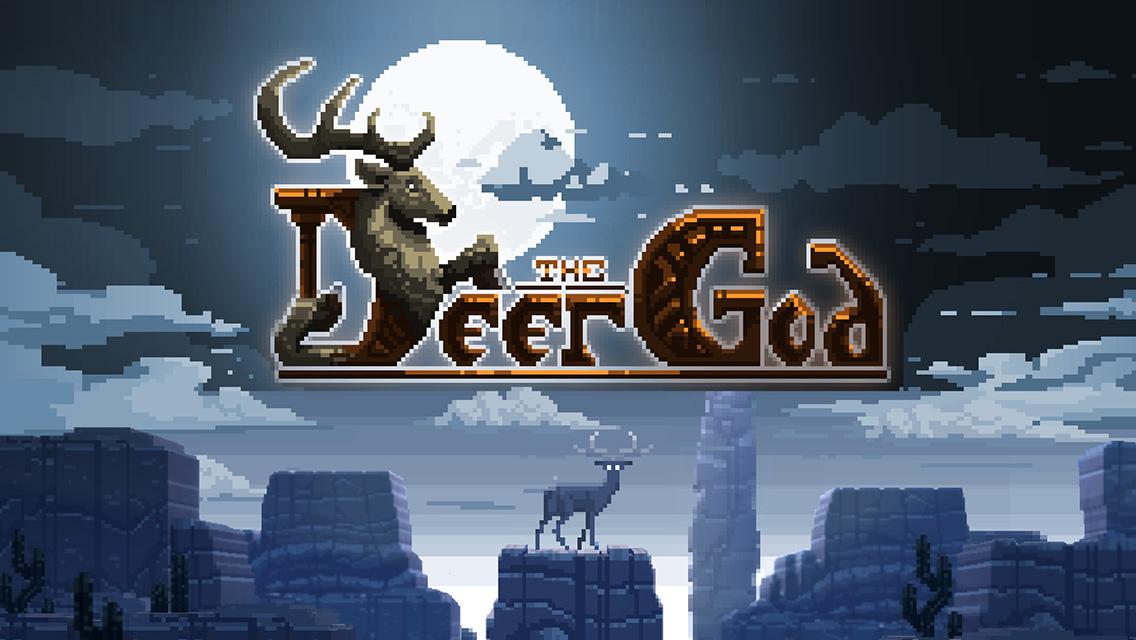 The Deer God was a good idea but poorly executed with its procedurally generated world and bad level design. Playing the game I could get a sense of what the developer was going for, a calm run through the woods but it falls flat with its repetitive tasks and dull gameplay. This is not a terrible game however, there are some great things going for this game that should be taken into consideration. Its strongest factor is the soundtrack. The ambient sounds as you are running through the wilderness is fantastic, it draws you in as you relax and settle into the game. This goes hand-in-hand with the two dimensional environment. The parallax scrolling distinguishes different layers of the environment so it gives the impression that its large and vibrant without having to do much. The beautiful particle effects with the weather and leaves falling from the trees just immerses you further.

The mechanics themselves are pretty simple from this 2D platformer, you control a deer and you run through the environment defeating anything that comes in your path, whether it be a friendly animal or not. Starting the game, the environment is interesting and fun to play in, running through different biomes was a challenge at first with new experiences and new enemies to defeat. This wears off fast, after 30 minutes or so it all becomes flat as you recognise the same sections come by again and again. It all becomes dull as you are constantly having to watch your hunger bar, as you need to eat berries and such to survive.

It becomes monotonous as you rack up the distance travelled and days pass. Killing enemies gives you karma. Killing a friendly animal will present you with bad karma compared to killing enemies that will give you good karma. This does not affect the gameplay and overall outcome of the game whatsoever apart from the fact your character changes appearance depending on what you kill. The combat is pretty basic but grows as you progress through the game with new abilities and powers.

The story did not encapsulate me in any way not at any point did it make me emotionally attached to my character or any that I met. You gain abilities as you progress through the procedurally generated world, completing various puzzles that come across your path strengthens your deer with new abilities. These new powers makes the game easy as some of the powers are exploitable against the bosses that you come across. I found myself just standing in one spot as I spammed my abilities in order to defeat any enemy with no real threat. One of its greatest features is also one of its greatest weaknesses. It is most notable when browsing the inventory.

I could not identify the number count of a certain item due to the graphical style that was chosen for the game. A pale yellow was chosen as the number count and it clashed with almost every item I had making it very difficult to distinguish. In addition to this, some of the enemies clash with the background also so they are very difficult to see and could result in death without you knowing what the cause was. The procedurally generated world works to a certain extent but it gets stale fast. The quest system sees you travelling the world until you come across key characters and locations, since this appears at random it could happen at any point so I found myself just getting through the world as fast as possible just so I can get to one of these locations. In essence it is boring just waiting and hoping something interesting would happen. As you run through the world your character grows up from a fawn to and adult. The game does not punish you for your mistakes as you can rack up your life count so you dont have to start as a fawn ever again.

The achievements are pretty varied and some-what interesting, however some are just a grind and exploitable if you know the right tricks. As of writing this review, many of the achievements are bugged and unobtainable, the developer knows of this issue and are working on a fix as soon as possible. The Deer God is not a bad game in short bursts, it is visually beautiful and the majestic is a joy to behold. That is I'm afraid all the good points. The idea was solid but poorly executed, the dull, repetitive gameplay makes it more of a chore than a challenge to complete.

There are far too puzzles, more of these could have changed the overall outcome and portrayal of the game. The story is dry and just running from quest to quest is monotonous and dull. This game could have been so much more with a few little changes. Overall rating: 30%
Posted 5 years ago by