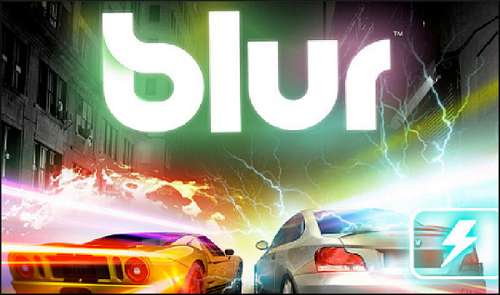 Overview:
Bizarre Creations are the same people that created the much loved Project Gotham Racing Franchise. When this company decided to make a more creative fun racer, which became available to all consoles, it seemed as if this was a sigh of relief. Was it going to be as much fun as Project Gotham Racing was?, especially as this was a previous exclusive profit making game for Microsoft,
Whilst the game was being thought of, the developers started talking about driving add on’s, high speed graphics and explosive action. Blur sounded like a big risk at the time but having played this title I think the hard work has paid off in many ways. This game is great fun, combine great car handling collected from the Project Gotham Engine, also to compliment the colourful graphic content and the new power up systems, but quite simply the game is outstanding, being a first class Racing Genre game. It has all the perfection of Project Gotham Racing but with an added Mario Kart type fun factor, one that will keep you in the game long before reaching the finish line, add to this an example of quality and surprise, the game has a F1 engine placed into a modern shaped Transit van which goes like the wind,. Any option of picking a vehicle to race is not limited with a vast range choices, drift types, speed control and off road grip. This game can be played for the fun of it or for the more serious gamers many challengers are there to be had.


Game play:
The Racing itself is pretty awesome and straight forward, but can get complicated when your vehicle is surrounded by others. The vehicles on the game, having around 70 to choose from, of different quality, speed and colour styles are available. Choice of vehicle is important as some are suitable for drifting in the wider free flow tracks and others having better grip are best suited to the tight street circuits. There is other vehicle options for other different tracks which include the rough dusty type beach scenes. Circuits and tracks are researched very well down to the details in colourful locations such as Tokyo, Barcelona, San Francisco and Los Angeles to mention a few. Game access to the difficulty settings can be changed anytime before any of the races so if your having trouble getting in the top three you can easily drop it down a level, which ever is more suitable to you. The great new option for this game is the Mario Kart Style type power up's. These track weapons or toys being 8 in total including important golden gates for the track fans whilst racing through the varying landscapes and action filled blitz circuits. These power ups make the game what it is, so use them as your best friend to get the best out of them by trashing your opponents at every chance possible. Combinations of three can be carried at the same time so use them wisely. Information as you move through the game like player stats, track, speed and position are all well displayed throughout the game. Artificial Intelligence in this game is cruel at times so beware of the constant barrage of torment these guys don't like giving there place away so stay out of trouble and keep grabbing your Fan demands when you reach those gate points.


Singleplayer:
Very well presented quick race options that you can setup and also take on your friends top scores. I think the Career Single-player mode is the best part of the game at your own pace. The single player section is split into nine different groups, each one having seven races, that's 63 in total, will take you more than 10 plus hours to even get three quarter part of the game complete, that's a lot of driving fun. This career has a lights system that controls your progress and add's a challenge every now and then to keep you entertained. Come in first place bags you five lights, second gets you four and so on. Come in higher than third place this will fail you the race. Your fans that you accumulate as you go along also increases your overall ranking. Targets unlock new cars so even if you don't make the top three your fans will give you something from the race at least. The game in parts is quite cruel not only the AI after you but fan gates missed will mean you will have to pick them up on the next lap . There are four standard race types which are, Standard races with up to 20 drivers at any one time, Destruction uses bolt power up's using rockets and other weapons to take out your competition, Checkpoint is usual, but with only the Nitrous power up's, and the One on one races are the final part in each group where you race a rival, winning this part will net you the rival's car either by winning the race or wrecking there car including a power upgrade. A nice element of this single player part is that you will have to meet certain criteria before you get to the final showdown, if you don't meet them you will have to go back and complete other races. Demands and challenges are part of this future generation race ace throughout the game.

The Four Player option will unlock you one of the difficult achievements.

Multiplayer:
Social networking is a big factor with Blur being the first to set twitter also Race book, or face book into the scene of impression with challenges that you can set for your friends giving each other scores and you can also set automatic updates to be sent to your Face book account. As expected multiplayer is a key roll in the long term effect of Blur. As well as two and four player split screen multiplayer allows up to 20 players the chance to battle it out in four different race modes. Standard Race mode allowing head to head racing, this helps glory hunters and collects your fan base mostly. Demolition mode in arena type bash them up games which is known as Motor Mash for extra rewards on stopping your opponent. Team mode is where you can earn points having various races here and an added bonus of power up's will not affect you team mates. Lastly Hardcore mode has no power ups but your vehicle will take double damage from any crash definitely for the more adventurous daring drivers amongst us. The Ranking system here provides upgrades and different styles of paint jobs for completing races, also the chance to earn more fans. When level 50 is reached that will unlock the Legend Mode this resets you to level one but gives you a fully upgraded Legend car. There is 10 of these legend cars to collect so start getting that mileage up, that's a lot of online play to contend with.


Technical:
After playing this game for the first time, I didn't feel as though I raced the same race twice. A variety of cars, tracks, power up's and graphics are all outstanding. Not only does it feel great to play but I was surprised to find that there was a mass of short cuts and massive jumps added to the action packed circuits or tracks. That mean's detail is a big thing with how the game is put together. Equally AI is difficult at times to play with constantly in your face or should I say stop running into my car! How do they do that ? Other things like getting hit from behind with a flaming rocket, when there was nothing there behind me added to my surprises. There's a photo mode also where you can pause the race in career and take your best shot, any angle with excellent views of firework type colour displays all around the car. Looks and feels great !


Achievements:
An average to hard Achievement list. To complete this game you must be a fan of racer type scenario's. Three to four of the trophies unlock online so not too difficult to complete so long as single player is finished in conjunction with this. Beating the game's rival's makes up a fair percentage of the Achievements. The Achievements get harder to get in the game as you go along because of the challenges.


Game play: 9/10
Fun and variety is built into this racer not sure where improvements can be made. Great game intro and driving music is also carefully selected suited to the style of game play, some of you will have heard this catchy tune as I can just sit there and listen to it over and over again. Great use of the screen rear view mirror is different to other driving games, very clear to see what's behind you.

Single player: 9/10
Good all round well presented career to this, takes time to complete but the single-player mode is my favourite on this game. If you retry a race you can change your vehicle at any time so a variety of selection is good and built in well to the menu. One of the UK circuits has a fair and a colourful Firework display a great idea, looks fantastic, something to enjoy and remember.


Multiplayer: 9/10
Excellent quality and layout to maps provided, very well thought out and giving the amount of levels you have to reach including the Legend car factor I think this game will keep you entertained for many hours. A ticket inside your game box unlocks something really special in chrome on the multiplayer section.


Technical: 8/10
If PGR was to be compared to this well I think that Blur is a great improvement more colour and how the graphics look are very much up to date. The game has a certain finesse to how it feels, but also it is annoying in some parts due to the AI being unforgiving. This can be compared with NFS Underground high speed graphics, but hey no loss of map or lag, great job!!


Overall: 8.7/10
A first class Racing game very different to others, credit due to the UK Liverpool guys who made it. I have played nearly all car and motorcycle racing games and overall I think its one of the best. No problems with this game in any way or form if you like this type of action in games, some nice touches in the game.