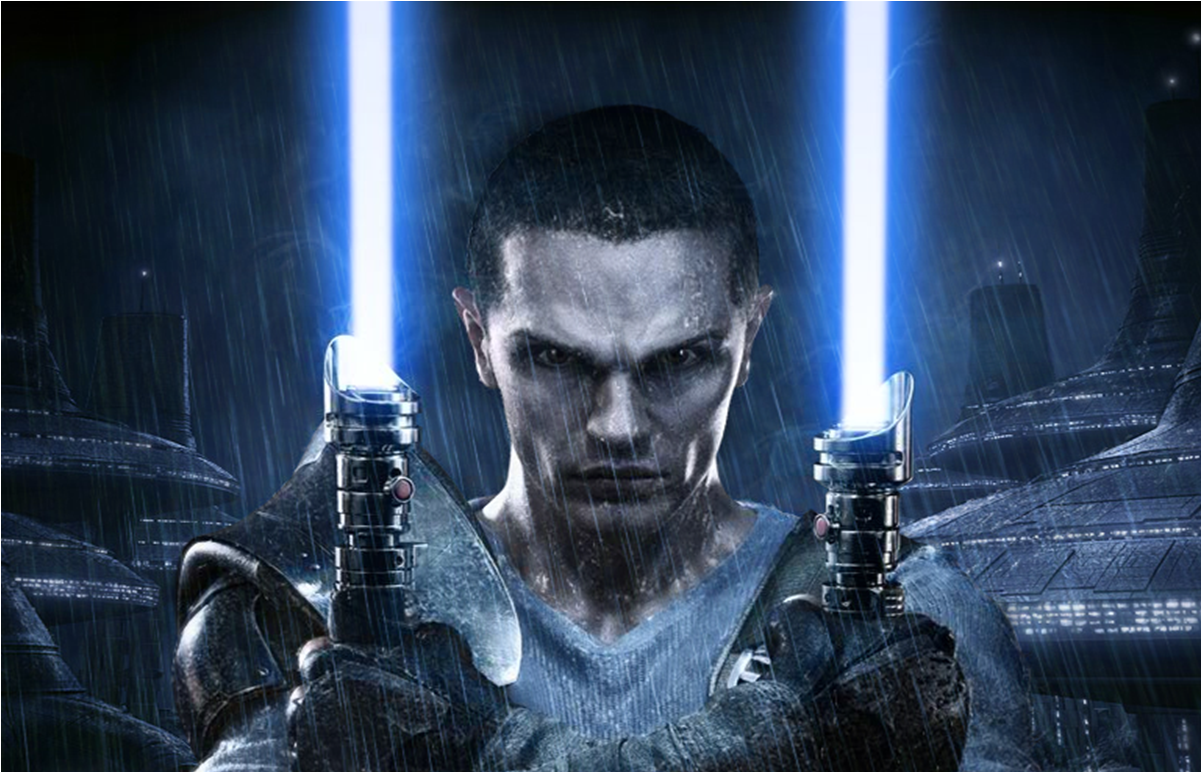 The original Force Unleashed game was one of the first games that I began to obsess over prior to its release. I had been waiting forever. After all the game came out over a year after it was originally scheduled to. It was also the first Star Wars game on a current-gen console that wasn't based on the LEGO World or the Clone Wars Cartoon Network series (not knocking either franchise, just making a point) and once more, it was set during a time period that hadn't really been explored by a wide range of media up to this point.

Does it live up to the massive amounts of hype? Make the jump and find out!

For the less educated out there, let me set up the plot for you. 15 years before the game takes place, the Galactic Republic was reorganized into the Galactic Empire by Chancellor-come-Emperor Palpatine, also known as Darth Sidious. Darth Sidious was a master of the dark side of the force, and his apprentice, Darth Vader was seen throughout the galaxy as his enforcer. It was Vader's duty to hunt down and destroy the last remaining members of the Jedi Order, users of the light side of the Force.

Move forward 14 years, Vader and Sidious hatched a plan to reveal the Emperor's enemies to him. Vader would train a small boy as his apprentice, and ultimately trick him into gathering opponents to the Empire into a rebellion. Unfortunately, the plan worked all-too-well. Vader's apprenticed, code-named Starkiller, turned against his former master and fought to save the rebels. Starkiller, we are lead to believe, died during a final showdown with Darth Sidious.

Now, one year later, come the events of The Force Unleashed II. You once again play as Starkiller, who is told by Darth Vader early on that he is a clone of the original. Now, it is up to you to discover the truth of Starkiller's identity and learn his new place in the universe.

The game drops you into the action immediately, and you are quickly on the run from the Empire.

The biggest improvement over the game's predecessor is immediately apparent. While I would never talk smack on the graphics in the first game (because they were AMAZING), this game outshines the original in a big way. The weather effects on the planet Kamino are outstanding and throughout the game I have a hard time thinking of ANY console graphics to date that top this game.

About half-way through the story, which comes surprisingly soon, the game starts to feel like some plot elements may have only been half-way thought through. Sadly, not every part of the story comes to completion in a way that will truly satisfy you, and it does end rather abruptly.

The gameplay feels very much like the first game, but the visuals and dismemberment (new to the sequel) make it feel fresh and new. There are still combos that work like the first game's, but gone are the days of spending Talent Spheres to unlock a combo. The only real unlocking involves purchasing upgrades to Force Powers using Force Points, which are achieved by using powers and taking advantage of the destructible environments. Because the game is a bit short, however, one feels less of a sense of gratification from leveling up powers. Indeed, only a couple will be maxed out on the first playthrough for an average gamer.

The story is where you will hear from other sources that the game suffers. I, however, found it to be exactly the intimate, darker story that the designers wanted it to be. Of course, we go back to how short the game is because several plot elements leave development and build-up to be desired.

Story - 8.0 - Anyone familiar with the first Force Unleashed will have no problem being caught up to speed for the sequel. This game was said to be to the first game what The Empire Strikes Back was to the first Star Wars movie: a darker, more intimate story. For the most part, it is just that. I (and many other gamers) would have appreciated a (much) longer campaign to develop the story and characters further, though. The game gives just enough time to re-introduce characters from the first game but we never get to feel as immersed in the goings-on as we did in the first game.

Gameplay - 8.0 - The premise of the first game is back: kicking ass with the force. We are treated to all the same force powers from the first game, with the new addition of Mind Trick. The combo system has changed and feel a bit less gratifying when pulling one off, if only because there is no indication that you've done a specific combo. Mind Trick can be great fun, and forcing Imperials to jump off a cliff or fight for you is a blast.

Presentation - 7.0 - While the loading screens between menus are gone, the menus we are given are rather bland and surprisingly confusing for that simple of an interface. A few noticeable frame-rate issues plague a boss battle on the second location of the game, which is a letdown from not having a real problem with it in the first game.

Voice and Sound Effects - 10.0 - What would a Star Wars game be without all of the signature sound effects that we know and love? Spot-on voice acting from a great cast really gives a boost to a shortened story. Sam Witwer improved over an already-incredible performance in the first game to lend some much-appreciated emotion to our favorite Secret Apprentice.

Replay Value - 8.5 - The difficulty achievements stack, but the 'Unleashed' difficulty can only be unlocked after a full run-through. Like the first game, this game features two different endings, however they are presented as a simple choice and no battles are affected by the decision- only the final cutscene. The new Challenge mode offers something new to the series that will enable players to compete for a high score in special challenge levels against their own friends list.

Over-All - 8.0 - A complete blast to play and a visual fantasy, this game is a must-own for fans of the series and, at the very least, a rent for fans of the first game. An otherwise amazing game, the short story might deter people from shelling out a full $59.99 on a new copy. Because the character intros are kept short, it is recommend that one is familiar with the first game before playing the sequel.

Well that's one view of The Force Unleashed 2. What's yours? Let us know down below in the comments or tweet us with the hashtag #XR_TFU2.

May the Force be with you, gamers!
Posted 9 years ago by x2i

We thank you in advance for your co-operation.
Comments
Well both of you are morons for bashing an opinion. And that's what a review is. An opinion. You are free to disagree, but you can keep it in reason.

Also, never once did I say Go spend $60 NOW! In fact, I make several references to the brevity of the game. I also specifically state that it might deter someone from making the purchase. You are bashing for assumptions you made based on things I never said.

That said, you are blind if you didn't see a darker, more intimate story. If you missed it, you probably don't even know what those words mean.
If I'm lucky I will be able to pick this up soon. I can't comment on my opinions past the demo, but any game is short if you run through it without taking the time to explore or look around. Difficulty is also a factor. If you go on the hardest difficulties then it will probably require you to take your time. Reviews need to be from a neutral point so it is mainly unbiased and I feel that this is unbiased, mainly due to adding factors which let the game down slightly.
A good read, I will need to see if I can get this in the next few weeks or something else. Decisions decisions....
The game is visually stunning. I can tell you that. I am VERY surprised that it is only 4-6 hours long, but I feel that the developers wanted gamers to play it, then jump to a higher difficulty. But, that just doesn't slide anymore with gamers. And Styx did not ever say GO BUY! He said, for fans, it is a must have, and if you are unsure...go rent.
It might've been over in 4 hours if you did it on the easiest difficulty and ran through it. I am sure on the hardest it is more satisfying time wise
I'm doing my playthrough on Unleashed right now. It definitely takes more time.