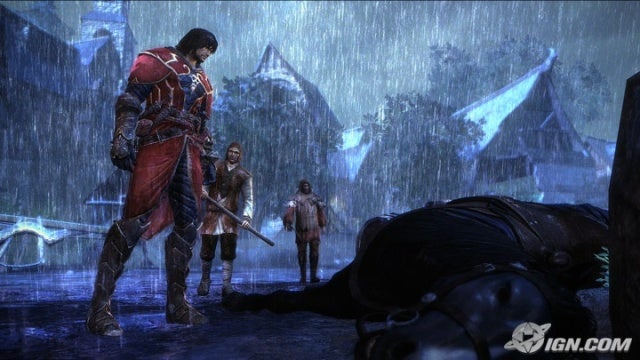 With the game coming out this week, Castlevania Lords of Shadow is giving you the option to try before you buy with this brand new demo available from the Xbox Live Marketplace. The demo is free, and will have a 2 GB download size along with it. To download the Castlevania Lords of Shadow demo and queue it up to your Xbox 360, click the following link - marketplace.xbox.com/en-US/gam... ... n&p=1&of=6.


Castlevania: Lords of Shadow is a dark and vivid new re-imagining of the Castlevania mythology. It is the end of days and ungodly powers isolate the Earth. You are Gabriel Belmont, member of the Brotherhood of Light, armed with the Combat Cross to defend the living and destroy the dead. Play the game demo now!
Posted 9 years ago by x2i

We thank you in advance for your co-operation.
Comments
And what is it like?

Take Prince Of Persia : Sands Of Time and then turn the contrast up and brightness down. TA DA! You've got your new Castlevania!